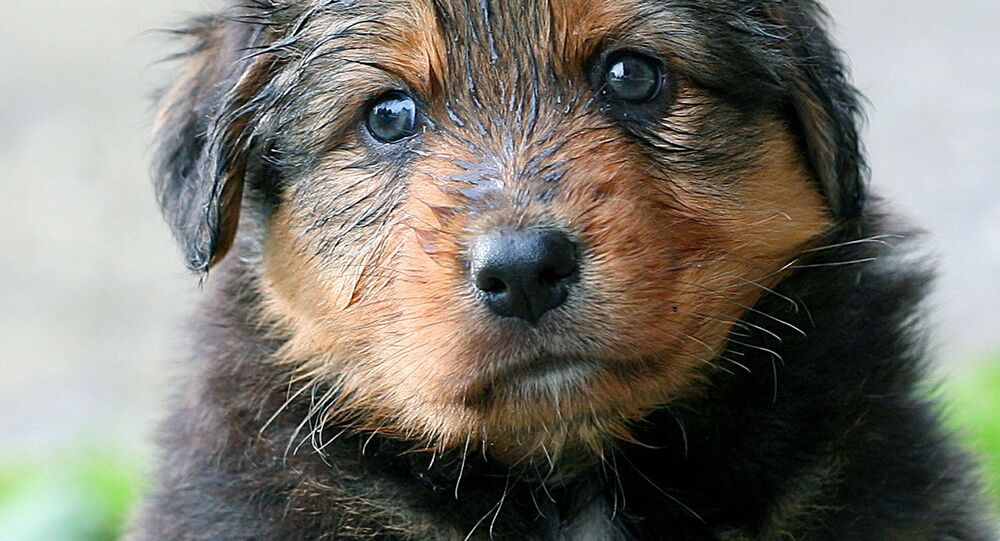 Thanks to his quick-thinking, a Vietnamese cyclist saved the life of a spluttering puppy with the help of an improvised ventilator made from a bottle neck.

A tiny puppy was drowning in the river in southern Vietnam but Hoang Minh, a 21-year-old cyclist, was in the right place at the right time to save the helpless animal. As soon as the young man noticed a lifeless body floating in the river he pulled the dog out of the water and started to act immediately.

The heart-rending rescue process was captured by a camera attached to the cyclist's helmet.

WARNING: Some viewers may find the following video disturbing.

At first, Minh rubbed the pup, cleaned his face to remove all obstacles that could prevent the animal from breathing and made sure he didn't swallow the tongue.

© Photo : NPA / facebook
WATCH: Puppy Rescued by Firefighter After Getting Its Head Stuck in Biscuit Jar (PHOTO, VIDEO)
Then the man cut off the bottom of a plastic water bottle and, attaching the cropped end of the makeshift lung ventilator to the puppy's head, he began to breathe into the dog's lungs through the neck of the bottle.

By this time, the animal began to show signs of life and squeak. After the puppy finally became conscious, Minh wrapped him in cloth to warm up the survivor.

According to the man, the entire rescue operation was completely improvised. "After taking the puppy from the water, I was very confused and just did what I did without thinking," the hero cyclist told Vietnamese media, as quoted by the Mirror. "I didn't actually know the proper paramedic procedure," he admitted.

Alas, the fate of the puppy is unknown, but hopefully the tiny pooch found his way home.