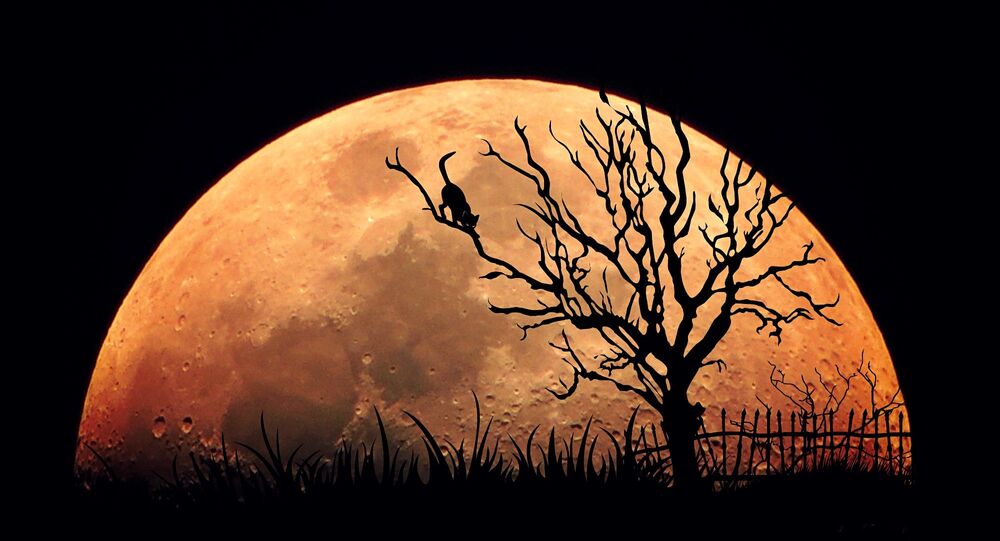 WATCH Stunning Supermoon Videos and Photos From All Over the World

A spectacular view of a supermoon, which shone 16 percent brighter and appeared 7 percent larger than its usual size, could be seen on Sunday night in many parts of the world. Social media users and media outlets have been actively sharing photos and videos of this unusual phenomenon.

US TV channel ABC News has published a spectacular timelapse video of Sunday's supermoon set over the state of Rhode Island.

Spectacular timelapse video captures the moon setting this morning over the chapel at St. George's School in Middletown, Rhode Island; tonight's supermoon the first of three consecutive supermoons; the next two will occur on Jan. 1, 2018, and Jan. 31 https://t.co/YRjXvf3CAg pic.twitter.com/PxGzvvNQ2J

Xinhua News Agency shared photos of the supermoon taken in Singapore, Pakistan, Myanmar and the Philippines.

Amazing! Check out #supermoon in Singapore, the Philippines, Pakistan&Myanmar pic.twitter.com/80RKSVwCvw

Social media users have been vividly discussing the phenomenon.

For instance, some residents of the Russian city of Novosibirsk were not quite impressed.

"Today there is a supermoon. But it's not so big actually" an inscription on a video published by a Twitter user nicknamed novosibirsk_public said.

A Twitter user named Mari Fforde from the UK, on the contrary, was deeply touched by the stunning view.

Saw the #supermoon rising as we drove out of Glascwm towards home. Amazingly bright and huge! pic.twitter.com/lRs8dQd2V0

Other netizens also posted lots of beautiful pictures in their social media accounts.

#Supermoon shots from around the world 🌕 pic.twitter.com/niJgAIhIc4

Sipping wine and watching the #supermoon from the patio. pic.twitter.com/7i3eCxHxR6

Supermoons occur when a full moon's orbit is closest to Earth. This makes the moon appear larger and brighter than usual.

The phenomenon generally occurs every 13 months. This full moon was the first in a series of three supermoons, of which the next two will occur in January.

See It While You Can! 70-Year Supermoon Coming Soon