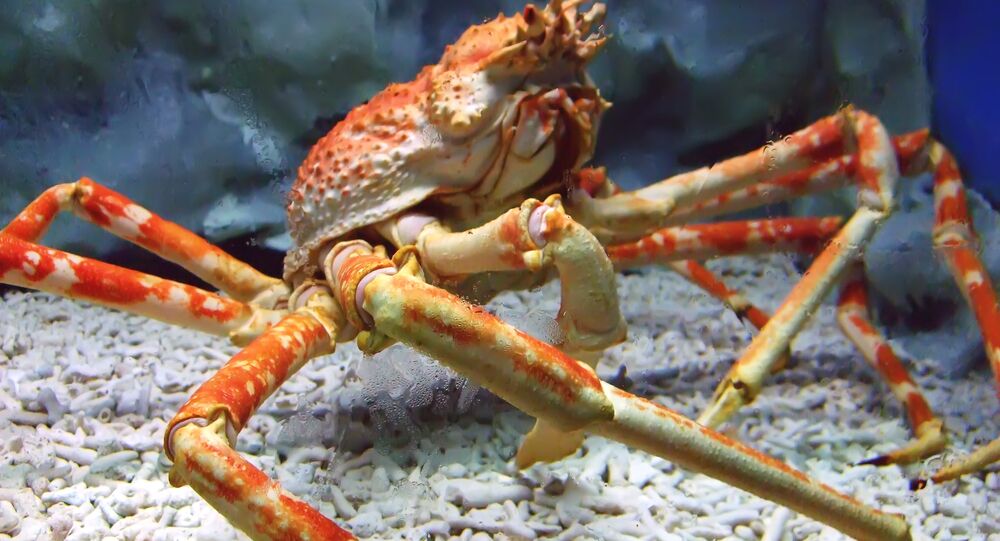 A crew tasked with filming an upcoming documentary was able to record the spectacle of a massive group of Spider crabs on their annual pilgrimage towards the shore.

In a video released by the channel BBC Earth, a remarkably large group of Libinia emarginata, popularly known as "Spider crabs" for their intimidatingly long legs, is recorded crawling on the sea floor towards land.

During the first full moon of winter, hundreds of thousands of crabs begin a strange ritual when they come towards the shore in order to shed their old shells and acquire new ones.

While filming an episode for their documentary Blue Planet II, the BBC crew recorded the march of over a thousand crabs, consuming every smaller living creature in their path.

Observing crab migration is a popular tourist activity at a number of luxury resorts in the Indian Ocean, though not when the monstrous spider crabs are involved.

For example, Australia's Christmas Island celebrates the landing of the (much smaller and cuter) red crabs in late November-early December.

READ MORE: Watch Millions of Crabs Rush Towards the Sea During Their Migration Routine

The video, educational as it is, caused unease on Twitter with numerous users being crept out by the long-legged sea crawlers and their relentless march towards land.

Spiders creep me out. And now so do spider crabs 😫 #BluePlanet2

Oh imagine putting your feet down there when swimming #spidercrabs 😱 #BluePlanet2

SPIDER CRABS,
SPIDER CRABS,
MARCHES SO MUCH, THEY HAVE NO FLAB,
SPINDLEY LEGS,
UGLY FACE,
HUNDREDS OF THOUSANDS ALL OVER THE PLACE,
LOOK OUT, HERE COMES THE SPIDER-CRAB #BluePlanet2

"These spider crabs were once ordinary crabs, but then they were bitten by radioactive spiders. Now they use their powers to fight sea crime." #BluePlanet2

The fifth episode of the documentary is due to premier 8pm GMT this Sunday on BBC One.

Land Crab Looking for a Smoke