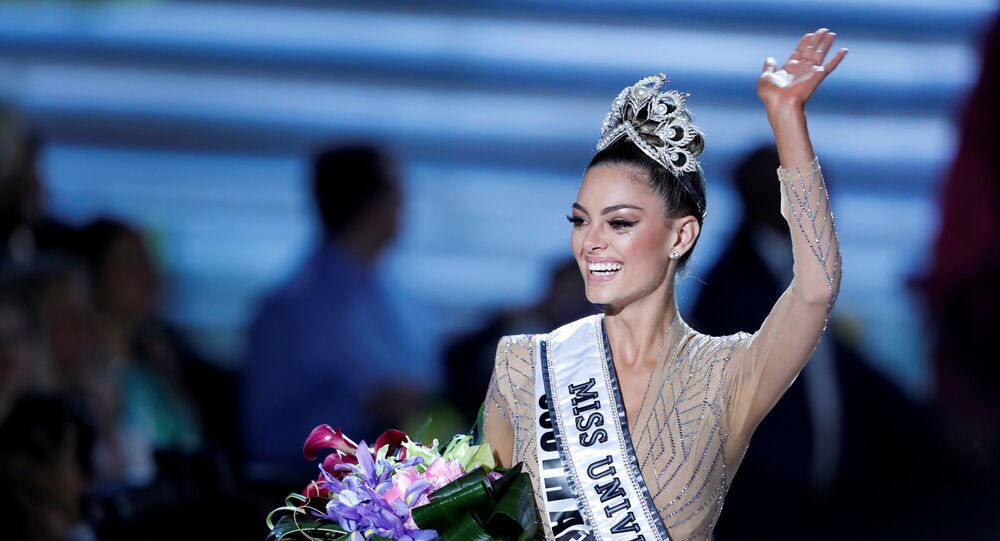 One of the world’s most important international beauty pageants has just crowned their new queen, 22-year-old Demi-Leigh Nel-Peters, who promotes combat courses for women and aims to become the “voice of the scared ones.”

All glam and glitz, this year's Miss Universe beauty contest has just wrapped up in Las Vegas, US,  with the winners announced from the 92 charming entrants. Demi-Leigh Nel-Peters, representing South Africa, received the main title, while Miss Colombia Laura Gonzalez and Miss Jamaica Davina Bennet were named 1st and 2nd runners-up.

Congratulations to Demi-Leigh Nel-Peters, the winner of the 2017 #MissUniverse competition! pic.twitter.com/JYuQYc3Lvo

During her acceptance speech, the new Miss Universe 2017 promised to speak up for those whose voice cannot be heard. "I vow to dedicate the next 365 days of my life to serve the people of South Africa, to be a voice to those who are afraid to or cannot speak up and to represent the whole of our beautiful nation. I vow to listen, to be there, to help where I can and to recognize that we all want to be heard, we all want to be validated. I hear you, I see you, I am you!" she claimed.

Relive our new #MissUniverse's answer to the Final Word. pic.twitter.com/czO8vgSiuU

Nel-Peters, 22, has recently graduated from North-West University (South Africa) with a degree in business management. Just a month after being crowned Miss South Africa, she miraculously survived an armed car-jacking. The incident prompted her to start the Unbreakable campaign with self-defense workshops for women.

The Miss Universe competition has been held since 1952. Nel-Peters became the second Miss South Africa in the history of the competition to win the main title, following in the footsteps of Margaret Gardiner who was crowned Miss Universe in 1978.