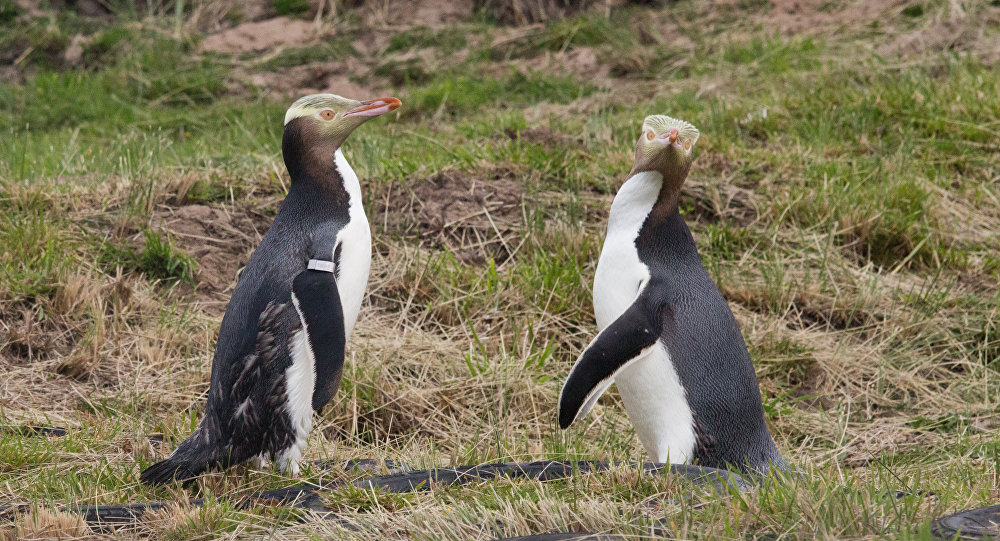 Conservationists have sounded the alarm, as the population of yellow-eyed penguins is dramatically shrinking.

YouTube/Sputnik
Patriarch Kirill Walks Among Penguins
General Manager of the Yellow-eyed Penguin Trust Sue Murray has told the Guardian that although conservation groups make every effort to save the hoiho, the birds are facing numerous threats that range from wild dogs to a hostile marine environment. 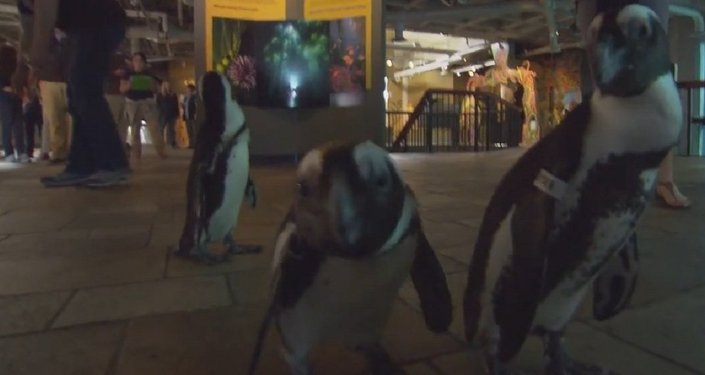 YouTube/Monterey Bay Aquarium
When the Penguins Go Marching In
Chief Executive of the Royal Forest and Bird Protection Society of New Zealand Kevin Hague was quoted by the Guardian as saying that there is evidence of birds being caught and drowned in the fishing nets of commercial trawlers.

March of the Penguins

People and Penguins in the Antarctic