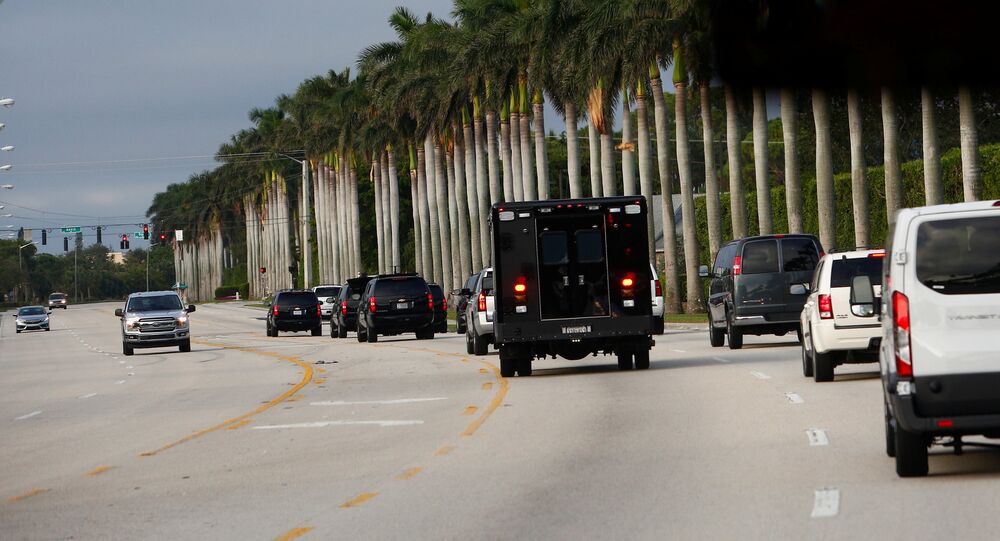 This is not the first time people have made obscene gestures while Trump's motorcade was passing by.

The US president's motorcade was disrupted on Saturday by a van driver, who was reportedly making "obscene gestures" and shouting "several expletives," when Donald Trump was returning from Mar-a-Lago, Florida.

According to Newsweek, "at one point a man in a red van attempted to cut into the motorcade," and then the vehicle was pulled over by police.

Supposedly, this is a red van trying to cut into President Donald Trump's motorcade. This may be more media hype.

Must point out that law enforcement immediately apprehended him. Happened closer to the press vans in the back of the motorcade. https://t.co/RHnO7kEPcx

Twitter users were quick to react to the incident, with some of them hinting at the "true identity" of the van's driver.

In Florida, a van tried to cut into President Trump’s motorcade. The driver was cited under Florida Statute 856.223 (driving under presidential delusions) pic.twitter.com/fNn0rTlTxu

This was the second time Trump's motorcade has been disrupted in this way; the first such incident taking place on October 28, when a woman on a bicycle, Juli Briskman, raised her middle finger, while the US president's car was passing by.

Instead of trying to get #AkimaLLC to rehire Juli Briskman, let's get her a job with a company that will support her rights.

Following the incident, which immediately went viral, the woman who turned out to be working for a government contractor, was fired, causing public uproar, which eventually resulted in thousands in donations.