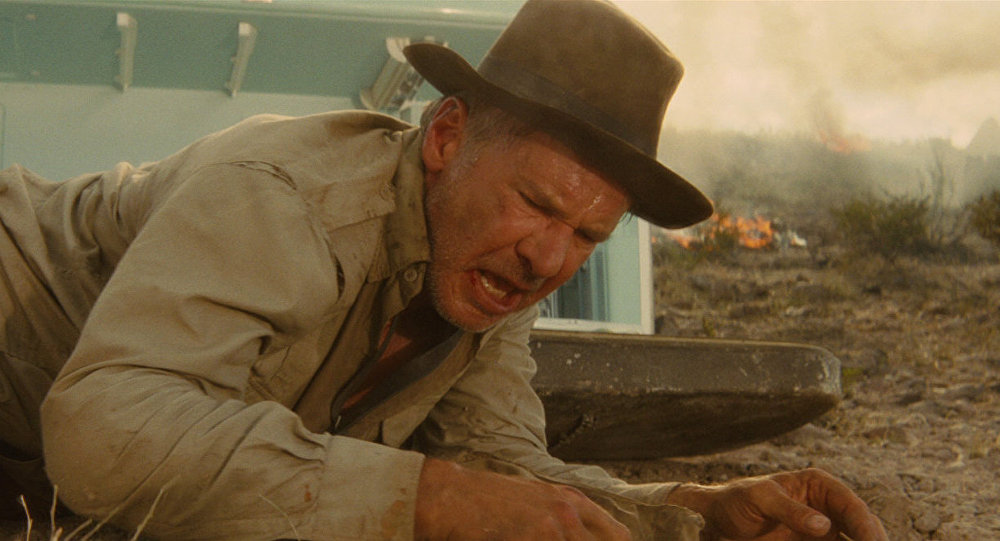 Joan Howard, the wife of a senior Australian UN diplomat, used her husband's travel credentials to pilfer prized artifacts from archeological sites in the Middle East during the 1960s and 1970s.

Following the publication of a profile piece in the Western Australian, the 95-year-old Perth resident has found herself in the middle of an international scandal due to her extensive collection of antiquities.

Nicknamed "Indiana Joan", the Australian has been described as the "real life tomb raider" with a "mischievous twinkle" in her eye, who acquired a considerable collection of artefacts from the Middle East that is said to be worth over A$1m (£571,000).

The collection includes a ceremonial funeral mask from an Egyptian mummy, axe heads that date back to Neolithic period (40,000 years), and a collection of coins and jewelry from ancient Egypt.

The article caused an outrage among both the Egyptian authorities and the archeological community.

Speaking to the Sydney Morning Herald, Director-General of the Retrieved Antiquities Department at Egypt's Supreme Council of Antiquities Abdel Gawad, said that the Egyptian government wants "to investigate how these pieces made it out of Egypt illegally."

In an open letter to the Australian ambassador to Egypt, archaeologist Monica Hanna also called for an investigation into how Howard had managed to acquire the precious artefacts, claiming that the Australian great-grandmother "behaved as a pirate."

Argh! @__thewest__ you are literally glorifying the theft of cultural property & the destruction of critical context https://t.co/OEo9me08pL

Dr. Hanna also blasted the Western Australian for the positive spin that the newspaper gave to Mrs. Howard's activities.

"The celebratory tone of the article of her boasting on the destruction of archaeological sites sends a very negative image."

"These activities decontextualise the cultural heritage and transforms the archaeological finds from historical objects to mere aesthetic artefacts," the letter read.

© RIA Novosti.
Illegal Archeological Dig Leaves 10 Dead in Egypt
"The illegal market leaves the Egyptian cultural heritage with holes that cannot be filled, and many stories that cannot be told about the past."

The Australian Department of Foreign Affairs and Trade stated that it has launched an investigation into Mrs. Howard's case and if it determines that the artefacts were taken from Egypt illegally, it will return them to their country of origin, as required by the UNESCO conventions.