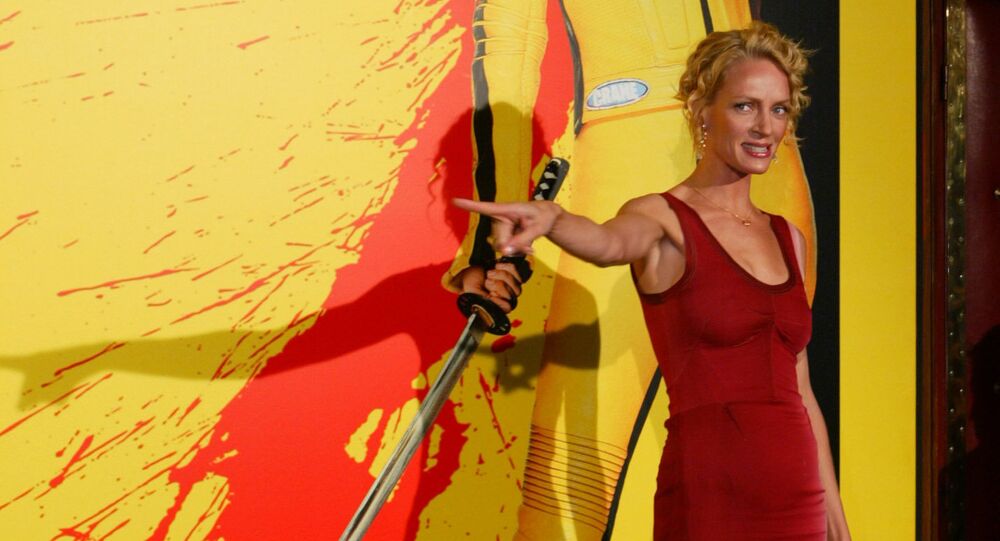 Hollywood actress Uma Thurman blasted Harvey Weinstein, who has been accused by numerous women of rape and sexual assault, saying that she is glad that the revelations about his alleged crimes are pouring in slowly and painfully.

In her Instagram post, Thurman wished her followers a happy Thanksgiving, but also used the opportunity to take a swing at Harvey Weinstein, expressing joy that the that the sexual harassment scandal has not ended quickly for the media mogul.

“Happy Thanksgiving Everyone! (Except you Harvey, and all your wicked conspirators — I’m glad it’s going slowly — you don’t deserve a bullet),” Thurman wrote.

© AP Photo / Matt Sayles
Harvey Weinstein Epitomizes a Hollywood Culture of Excess and Abuse
The Hollywood actress also told Instagram users to “stay tuned” as she is yet to issue a full public statement on the scandal that sparked a row of sexual assault allegations against Hollywood’s biggest stars, including Kevin Spacey, Louis CK and Jeremy Piven.

Thurman previously worked with Weinstein on such movies as Pulp Fiction and Kill Bill.

Earlier this month, the actress told Access Hollywood that she first wanted to calm down before speaking out against Weinstein or sharing her story.

“I don't have a tidy soundbite for you, because I am not a child and I have learned that when I have spoken in anger, I usually regret the way I express myself," she said.

“So I've been waiting to feel less angry, and when I'm ready, I'll say what I have to say”.

Since October, Harvey Weinstein has been accused of sexually assaulting over 75 women, including Angelina Jolie, Lena Headey and Gwyneth Paltrow.