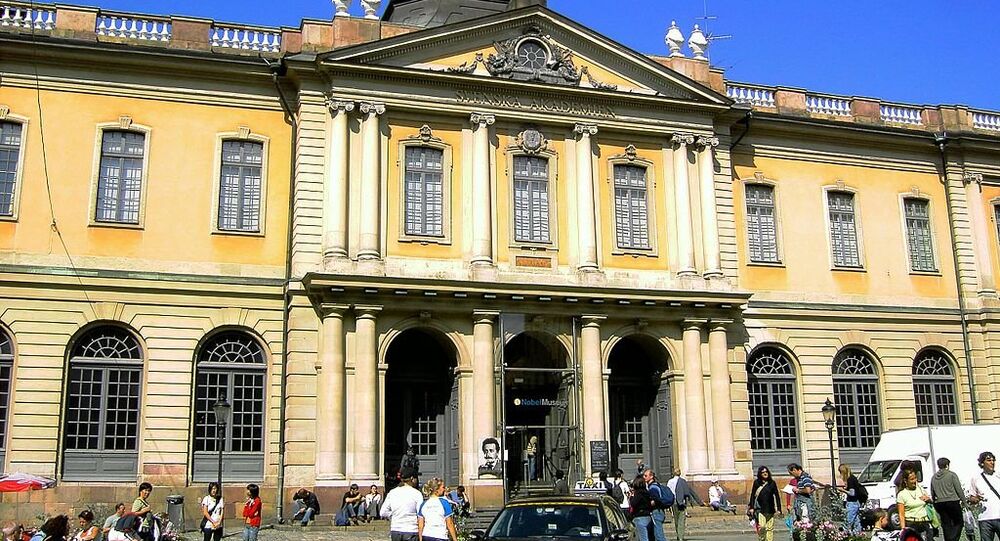 In a new twist to the snowballing #Metoo scandal in Scandinavia, sexual harassment accusations have even reached the Swedish Academy, which is responsible for choosing the Nobel Prize in Literature. In chorus, thousands of female journalists and representatives of other trades drafted joint petitions to protest sexual assault.

In a joint appeal that appeared in the daily, Dagens Nyheter, eighteen women have revealed sexual abuse and rape committed by a person involved in the Swedish Academy's proceedings. As was reported, the high-profile person habitually engages in harassment, extortion, threat, persecution and rape of young women with literary ambitions.

Although not a member of the Swedish Academy per se, the entity was described as its "nineteenth member" who also runs a literary club in Stockholm and receives financial support from both the academy and the city of Stockholm. The club is regarded as one of the country's foremost scenes for aspiring writers.

© CC0
#Metoo Plot Thickens: Harassment Stories Sweep Several Scandinavian Industries
Some of the signatories appeared under their real names, whereas others chose to remain anonymous. Many of them suffered sexual abuse in the presence of witnesses, which is seen as yet another strong indicator of the so-called "silence culture."

"Nobody in these circles cares for something as trivial as a woman who has been assaulted," one of the signatories who claims to have been subjected to abuse and rape said.

Swedish Academy permanent secretary Sara Danius said she was shocked and stated that all support to the alleged abuser should be cut off. The academy has hired a law firm to investigate the case and interview the people affected. The man in question has denied all the accusations.

Nobel Foundation CEO Lars Heikensten argued that the Nobel Prize itself may be tarnished by the allegations, as the Swedish Academy elects the winner of the literature prize according to the will of Alfred Nobel.

Joint petitions against harassment and sexual abuse at work have been signed by 20 Swedish industries. The recent addition is the #deadline campaign involving over 4,000 female journalists.

"Sexual violence, exploitation, harassment or sexism at the workplace, against or editorial boards are equally widespread. It does not help that we are journalists, it is a problem in society," journalist Johanna Lindqvist, one of the initiators, told Swedish Radio.

4084 Swedish journalists have signed this protest against the sexual abuses and harassment, and the silent complicity with them, within our industry: #deadline https://t.co/mEYJIjPrCo

​The extent of the campaign could be much broader, as many journalists from Sweden's leading media, such as Swedish Radio, national broadcaster SVT and TV4 abstained from signing it in order to be able to report the developments in an unbiased way.

Thousands of women across Scandinavia have in recent weeks stepped out into the spotlight with manifestos laden with personal stories to protest widespread harassment and sexual abuse. Joint calls have been published by 546 Norwegian actresses, 653 Swedish singers, 4,445 Swedish lawyers, 1,300 women in Swedish politics, over 700 Swedish actresses and 132 Danish opera singers, just to name a few. Earlier this week, over 300 Icelandic female politicians said they intended to go public with their stories about sexual harassment.

​In a recent EU survey, Sweden, with its self-described feminist government, was found to hold the strongest views on gender equality among all EU countries. Swedes led the table in the proportion of respondents who argued that it was necessary to promote gender quality, that feminism was economically advantageous, and that the gender wage gap was a problem. By contrast, Swedes polled lowest with respect to traditional gender roles in the family.