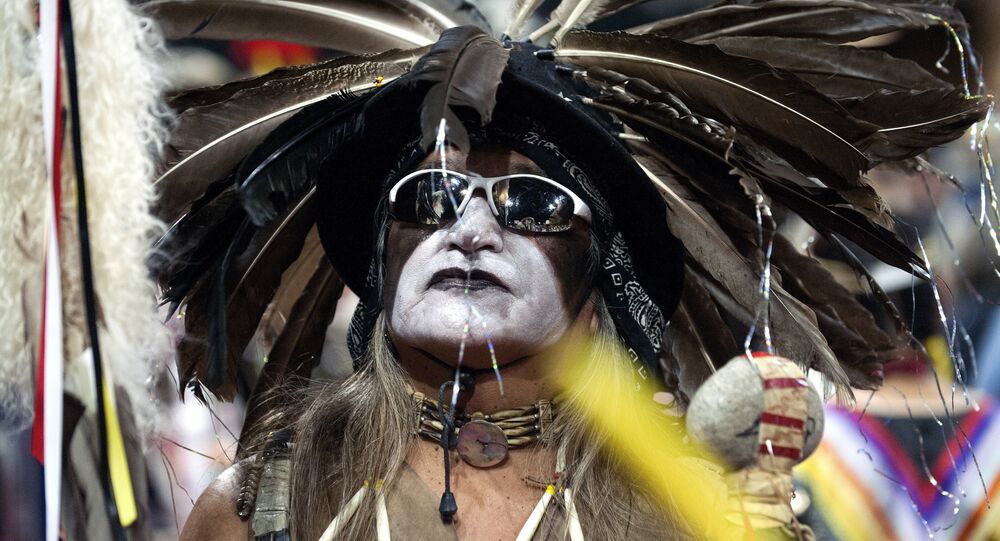 In a nod to political correctness, the Great Norwegian Encyclopedia has removed the word 'Indians' from its vocabulary, supplanting it with a more neutral synonym, translated as "indigenous people." This step is seen as a consequence of a scandal a Norwegian minister caused earlier this year by wearing an Indian outfit to a costume ball.

The Great Norwegian Encyclopedia (SNL) has been purged of the word "indianer" ("Indians") in anything but historical contexts.

"The term has a racist undertone," Lars Kirkhusmo Pharo, a historian of religion at the University of Oslo, explained the Norwegian news outlet Dag og Tid.

Now, the word "Indians" is defined as "a common but misleading term for the native peoples of America." The main article in the encyclopedia now refers to "American indigenous people." The spread of the term "Indians" is attributed to explorer Christopher Columbus, who erroneously believed he had reached India when setting foot on the Bahamas. Later European coinages like "redskins" have been purged from the Norwegian vocabulary as well.

"The short answer to why we have now gone through hundreds of articles and redefined 'Indians' as 'Indigenous Peoples' is that we no longer live in the 1950s," SNL editor-in-chief Erik Bolstad explained in an opinion piece published by Norwegian national broadcaster NRK.

© CC0
Swedish Plants Purged of 'Anti-Semitism', Become Politically Correct
Bolstad drew parallels with other "outdated" names which are often perceived as offensive, such as "Hottentot" (replaced with "Khoi-khoi"), "sugar sickness" (replaced with "diabetes") and even the traditional AD/BC chronology, which was replaced with "before our time" and "after our time" respectively.

The public reaction to the purge was not all affirmative. In a poll by the Norwegian Nettavisen daily, 93 percent of the readers thought removing "Indians" was a bad idea.

Incidentally, the word "Indians" was defended by Daniel Abimael Skjerve Wensell, a member of the Aymara tribe living around Lake Titicaca in Bolivia and Peru, who was later adopted and brought up in Norway. In an opinion piece in NRK, he claimed to be proud of being an Indian. According to him, the word should be preserved for the sake of children, as the more accessible one.

"For children are yet unfamiliar with the story of 'white supremacy,' the word 'Indians' is not politically loaded," Skjerve Wensell wrote. "Also, you can't play cowboys and Indians without Indians," he added.

This autumn, Norwegian Finance Minister Siv Jensen caused a stir by sporting a Native American outfit during a costume ball at her ministry. The seemingly harmless photo of Jensen in a Pocahontas-themed dress triggered a nationwide debate, in which Norway's ethnic minorities accused Jensen of everything from bad taste and lack of sensitivity to cultural expropriation.

While Norway has few Indians of its own for historical reasons, Nordic Vikings, who came in contact with Native Americans during their exploits in the Middle Ages, referred to them as "skrælingi," deriving either from the Old Norse verb meaning "to shout" or the word "skrá" meaning "dried skin" and referencing to Native Americans' clothing. Yet another explanation is that the brawny Vikings perceived the natives as thin and malnourished. Today, the word is still preserved in modern Icelandic, and means "barbarian" or "foreigner."