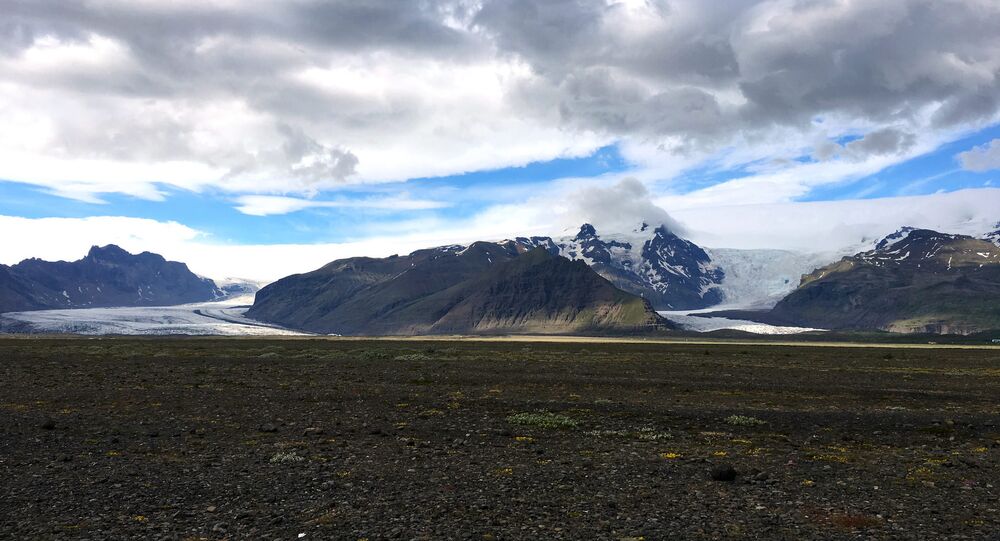 One of Iceland's largest volcanoes is approaching a major outbreak, which might be its first in several centuries. Its aftermath might well compare with that of the notorious Eyjafjallajökull eruption in 2010, which left air traffic grounded throughout much of Europe.

The ice-covered Öræfajökull volcano, which has been dormant since 1727, has recently woken from its slumber and experienced a major earthquake on October 3.

Since then, increased biothermic activity has caused ice to melt and form lakes around the volcano. The melting water reported reeks of sulfur, which might be yet another token of the activity.

"Even in the last few days, there have been tremors, albeit smaller ones. Something is going on there which has not happened before, and therefore the observations about the volcano are increasing," seismologist Reynir Bödvarsson of Uppsala University told the Swedish Aftonbladet daily.

Based on theoretical models, glacial outbursts from #Öræfajökull #volcano would only take 20 minutes to reach roads and populated places once an #eruption starts. Revised evacuation plans being put together. This includes using text messages to warn people inside area. #Iceland pic.twitter.com/gV5PwEBBTB

​Icelandic authorities have raised the warning level to code yellow. In addition to putting inhabitants in nearby villages under threat, an eruption could possibly endanger air traffic the way it did during the Eyjafjallajökull eruption in 2010, when about 20 countries closed their airspace to commercial jet traffic, affecting about 10 million travelers.

"There may be an explosive outbreak of ash, similar to what happened in Eyjafjallajokull, which could affect air traffic. Several Icelandic volcanoes are capable of that. And it is actually quite possible that such an outbreak will last longer, as the outbreak of 2010 was but a small one, even though it had these consequences," Bödvarsson said.

#Öræfajökull.
One its more unusual geological features. A rhyolite lava perched atop a ridge. Tells of a time in the past when ice was so thick it flanked the lava and 'forced' it to flow down an old ridge.#Iceland #volcano pic.twitter.com/bcVq3k7438

​At 2,110 meters, Öræfajökull is the highest point in Iceland. Its last eruption occurred in 1727, and the last outbreak before that happened in 1362 and is considered to be the second most deadly in the history of the island nation, rendering its Litla Hérað farmland into a lava desert.

© AFP 2020 / MARCEL MOCHET
Brace Yourselves! New Monster Volcanic Eruption Nears in Iceland
In addition to Öræfajökull, several other Icelandic volcanoes are verging on eruption. Of late, increased pressure has been observed in Bárðarbunga and Grímsvötn underneath Vatnajökull glacier, which are both recharging and most probably preparing for the next chapter in volcanic activity, Páll Einarsson, geophysicist at the geological science department of the University of Iceland, told the local newspaper Morgunblaðið.

Also Hekla, Iceland's most famous volcano, is experiencing mounting pressure since its latest eruption in the year 2000.

"It would come as a surprise to no one if Hekla blows soon. However, it could also drag on for a while. We don't really know how long volcanoes can endure expansion of gases without this coming to an eruption," Einarsson said.

​This take was shared by his colleague Bödvarsson.

"Even if an outbreak is underway, it may take weeks, months, years or decades," Bödvarsson said.

What a Prick! Iceland Welcomes Its First Hedgehog

Mother Nature Puts on Spectacular Show in the Skies of Iceland