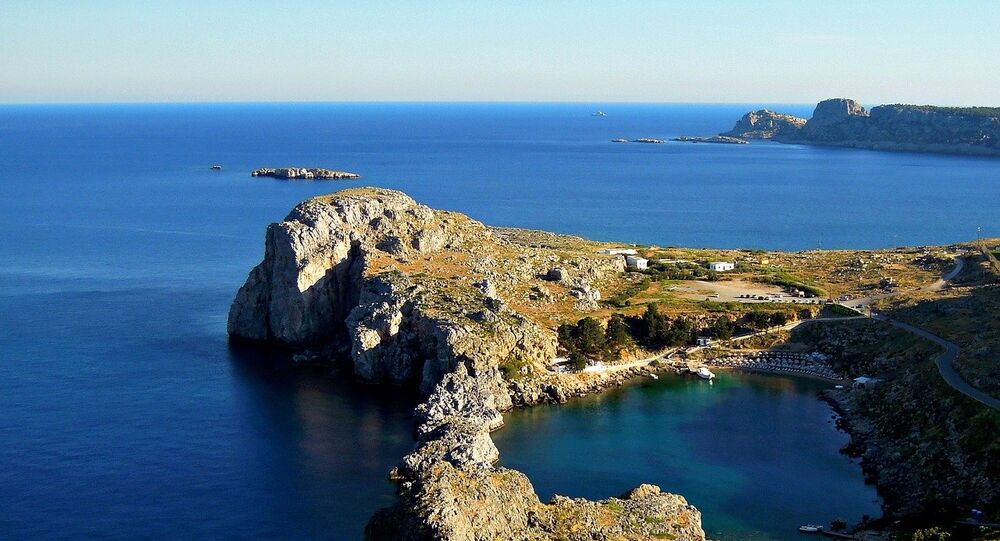 The wedding plans Emma Coupland and Stephen Wilson, a British couple who sought to tie a knot at the chapel in St Paul’s Bay on the Island of Rhodes – a place renowned for its scenic view – appear to be ruined due to the disastrous fallout caused by a single picture.

The couple was contacted by travel operator TUI who notified them that the wedding was cancelled, because local clergy refuse to hold ceremonies for foreigners after a couple of newlyweds from the UK posted online a picture of themselves appearing to be engaging in an indecent act on site.

"They contacted me last week, telling me that it was official cancelled," Coupland told The Sun. "I was devastated."

© Flickr / Allain
Chinese Couple’s White Wedding Nightmare
Earlier, a British couple, Matthew and Carly Lunn, posted a photo of them simulating an oral sex act, with the chapel being visible in the background. The picture quickly went viral after being posted on Facebook and evoked outrage from the residents of Rhodes, with Bishop Kyrillos and the local community leader imposing a ban on all foreign weddings at the chapel.

Lunns’ act elicited a barrage of criticism on social media as well, with people blasting them for this deed.

#carlylunn Their chav behaviour is sordid and also embarrasses UK. Let’s hope for legal action by Greece and gaol for both

Wedding venue off!!! Thank you so much Matthew and Carly Lunn!!!!