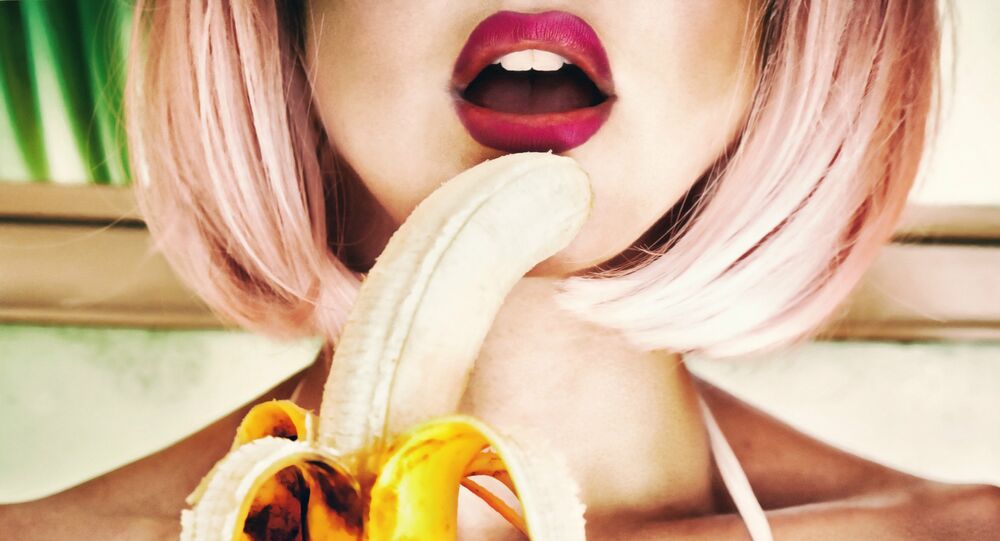 A quote attributed to Sigmund Freud, the founder of psychoanalysis, goes "sometimes a cigar is just a cigar". So what about a tropical fruit?

Egyptian pop singer Shyma has been detained by local police after she appeared in a video clip in lingerie and "suggestively" eating a banana, Al Arabiya reported.

The news network cited Egyptian officials as saying that Shyma is suspected of "inciting debauchery" during the video for her song "I Have Issues" in which she poses as a teacher in a classroom.

The video shows her licking an apple, eating a banana and coloring her lips against the background of a board with the inscription "class #69".

In a Facebook posting, Shyma apologized "to all the people who saw the clip and were upset by it and took it in an inappropriate way."

She admitted that that she could not expect such implications, saying she did not imagine that she "would be subjected to such a strong attack from everyone."