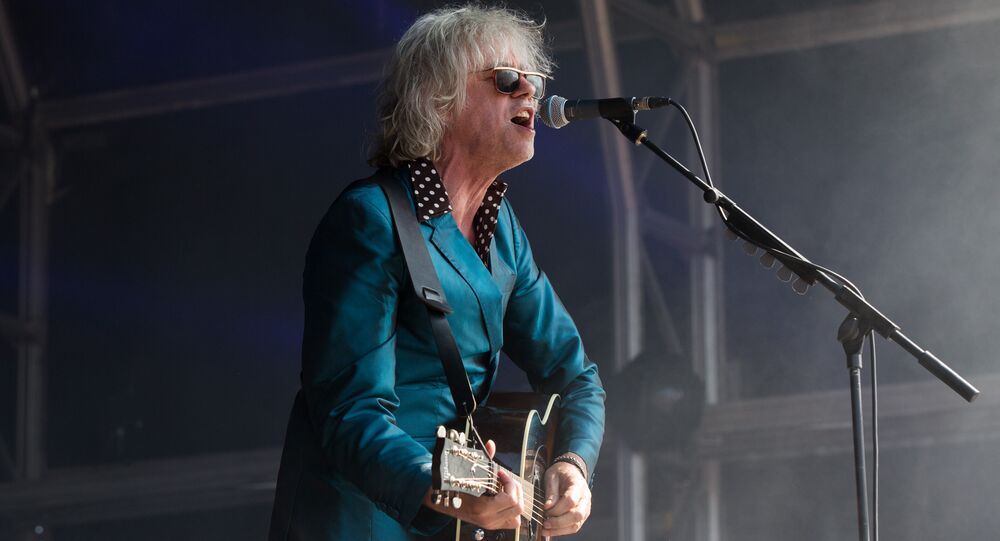 British chart-topping singing legend Bob Geldof has handed back his Freedom of the City of Dublin award in protest that Myanmar leader Aung San Suu Kyi shares the same honor.

Describing it as a "small personal gesture," Boomtown Rats singer Bob Geldof returned his Freedom of the City of Dublin award on Monday, November 13, in protest at the suffering of the Rohingya people.

"I'm here to talk about genocide and mass murder and rape and the abuse of children. It is a PR stunt to try to dissociate this city from a murderer," Mr. Geldof said, speaking outside City Hall in Dublin.

"I'm a Dub and this meant very much to me" — Bob Geldof returns freedom of Dublin over Aung San Suu Kyi link | More: https://t.co/WKlLLOY2vy pic.twitter.com/ONlb5ZJIvP

He added that it was "the most I could do… and the least."

BREAKING — Bob Geldof will return his Freedom of the City of Dublin tomorrow morning. "I am a very proud Dubliner but cannot in all conscience continue to be one of the honoured few to have received this great tribute whilst Aung San Suu Kyi remains amongst that number." pic.twitter.com/wBiOelghTx

His decision sparked anger also from a number of critics who questioned the singer's stance, claiming he didn't know the full facts of what was happening in Myanmar.

"Bob the gob thinks his status being a pop celebrity knows better than a woman who spent years in prison fighting a junta we don't know the full reason behind why atrocities are happening in Burma but Aung San Suu Kyi isn't out of the woods from the junta her hands are tied. Perhaps there are other reason why these atrocities are happening which the west doesn't know and why doesn't muslim countires take them in?" said a Guardian reader.

Bob Geldof has said he will return his Freedom of the City of Dublin in protest against the Myanmar leader Aung San Suu Kyi, who also holds the award and yet he’s perfectly ok with his honorary knighthood from a country (Britain) that’s oppressed his own for 800 years 🤔

Accepting his decision to give back the award presented in 2006, Micheal Mac Donncha, the Lord Mayor of Dublin, said the entertainer was fully within his rights to do so.

"Bob Geldof is entitled to return his award if he wishes to do so. When I raised the issue of removing the Freedom of the City from the Myanmar leader, consensus was not reached among the groups on the City Council, though all have condemned the persecution of the Rohingya people, and the matter is not closed," Mr. Mac Donncha said.

The lord mayor questioned Mr. Geldof's decision, however, describing it as "ironic."

"Regarding Mr. Geldof himself, I find it ironic that he makes this gesture while proudly retaining his title as Knigh Commander of the Order of the British Empire, given the shameful record of British imperialism across the globe," Mr. Mac Donncha said.

"Mr. Geldof last year grossly insulted the men and women of the 1916 Rising in the centenary year when he compared them to so-called Islamic State, causing offense to Dubliners and Irish people generally," he added.

Bob Geldof is handing back his Freedom of Dublin because he doesn't want to hold an honour associated with Aung San Suu Kyi. Bob I've got bad news for you about your British knighthood

Do you reckon Bob Geldof will hand back his knighthood?#Hypocrite

Myanmar leader Aung San Suu Kyi has been criticized over her lack of response to the persecution of the Rohingya Muslim community that has caused more than 600,000 people to flee Bangladesh since August.

"Her association with our city shames us all and we should have no truck with it, even by default. In short, I do not wish to be associated in any way with an individual currently engaged in the mass ethnic cleansing of the Rohingya people of northwest Burma.

"I would be a hypocrite now were I to share honors with one who has become at best an accomplice to murder, complicit ethnic cleansing and a handmaiden to genocide," he added.

Fellow musicians U2 said on Saturday, November 11, her failure to stop the violence was "starting to look a lot like assent."