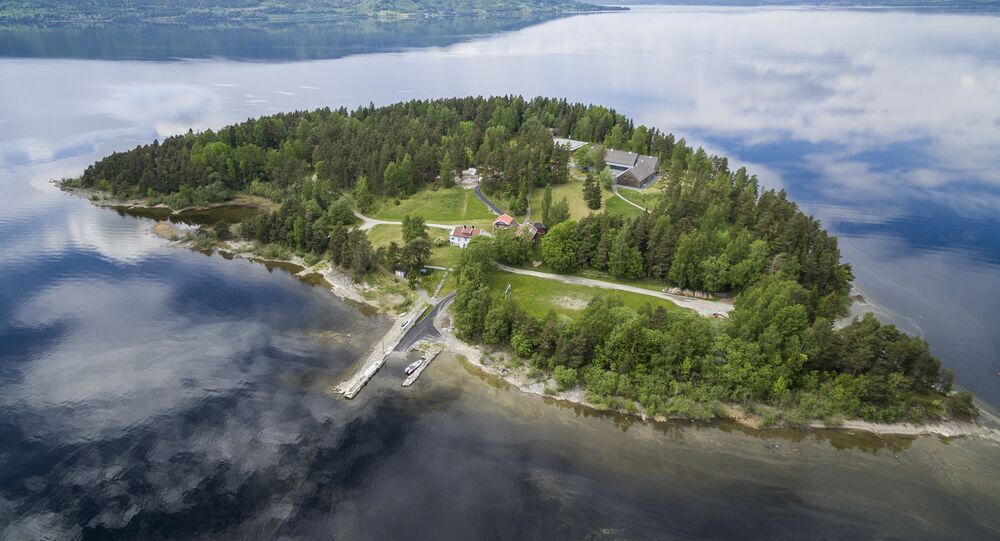 Tens of thousands Norwegians have contested plans to make the country's most notorious mass murderer's killing spree into a state-supported TV movie, by signing an online petition.

As Norway prepares to commemorate Anders Behring Breivik's carnage on the Utøya island, plans by US entertainment giant Netflix to make a film about the terrible events are being met with increased resistance.

About two weeks after Vegard Løkken, a native of Eina, Oppland, started the signature campaign "No to film about Anders Behring Breivik," tens of thousands Norwegians signed up in protest against the film itself and the media giant Netflix, which is behind it. The campaign also gained considerable attention in social media, triggering a hot debate.

© CC BY-SA 2.0 / Dion Hinchcliffe / Karl Johan's Gate Street
Flower Power: Norwegian Capital Scares Off Terrorists With Planter Boxes
Vegard Løkken argued that in addition to being premature, the movie would also give the terrorist too much PR.

"We have already spent far too many tax kroner on the fool. Besides, it's too early to make movies about him, as the wounds are still fresh," Vegard Løkken explained his stance to the Verdens Gang daily, venturing that it's best to wait some 40-50 years, before daring to shoot such a movie.

According to Utøya survivor Unni Espeland Marcussen, though, the timing is just right.

"This is a film showing how democracy worked in what had happened and what the consequences of right-wing extremism could be. I think it could be an important film," Espeland Marcussen told the Aftenposten daily. "Whether it's cinema or theater, it will never feel too early for me. July 22 is my personal sorrow, but it hit the whole nation, she added."

The divisive film based on Åsne Seierstad's book "One of us" has been awarded the working title "Norway" and is still early in production. At present, little is known about the film apart from the fact that the role of Anders Behring Breivik will be played by Anders Danielsen Lie.

According to a press-release from Netflix, the film follows three sub-stories: that of a survivor of the attack coming back to life, that of then-Prime Minister Jens Stoltenberg and other politicians steering the Nordic country through its arguably worst-ever shock, and lastly that of the lawyers giving the far-right mass-murdered a fair trial.

© AP Photo / Alastair Grant
Slices of Norway's 'Oil Pie' Being Cut Ever Thinner By More Migrants
Several scenes are scheduled for shooting in Nøtterøy municipality in the coming weeks. This fact alone has not gone without criticism, as several of Breivik's relatives are residing in the area.

"It's important for us to work in a respectful and correct way, and I hope for understanding that we are revealing as little as possible," director Peter Greengrass told the Dagbladet daily during his visit to Norway in September.

Earlier this year, Norway had to scrap its plans to commemorate the victims of Breivik's massacre with a controversial memorial called "Memory Wound," after angry locals threatened with a lawsuit against the project in which a slit of land would be physically removed from Utøya to create an impression of a damaged landscape.

​In July 2011, the militant right-wing extremist killed 77 in a bombing and shooting spree in downtown Oslo and on Labor youth camp on the island of Utøya. He is currently serving a "life imprisonment," which is in effect a 21-year sentence that can be extended unlimitedly.