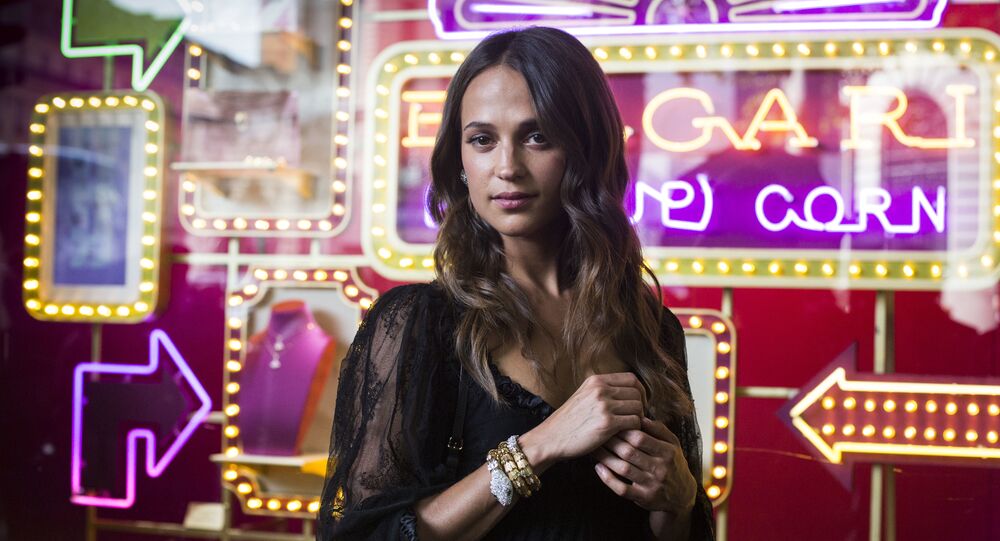 As the #metoo campaign is gathers momentum across the Western world, hundreds of Swedish theater and movie stars have signed a poignant letter detailing the overwhelming sexual abuse marring their trade. Following the outcry, the Swedish government has pledged decisive measures.

In the letter published by Svenska Dagbladet daily, 584 Swedish movie and theater stars, including Sofia Helin of The Bridge fame and Academy Award winner Alicia Vikander, listed a shocking array of in-depth accounts detailing various forms of sexual harassment they have been subjected to, from inappropriate touching and lewd comments to sexual assault and rape.

The letter featured neither the name of the perpetrators or the victims, yet the anonymous stories were claimed to be indicative of the state of affairs in the industry.

"We will no longer be silent," the almost 600 signatories pledged. "We're going to bring those responsible to account and let the justice system do its job, whenever there is a real reason to do so. We will put the shame back where it belongs — with the perpetrators and their protectors," the co-signers vowed, adding "We know who they are."

"I was about to shoot a love scene with the 'male genius.' <…> While we were rehearsing, he asked in a whisper if he could suck milk from my stiff breasts (he knew that I was breastfeeding then) while pushing his erection against me," one of the anonymous commentaries said.

© Photo : Dagny Carlsson's blog
No Age Limit: Sweden's Oldest Centenary Blogger Supports #Metoo
"I was attacked by a drunk male colleague outside the theater after a play, who grabbed my throat. Claimed I was doing crap and he was doing art. Said I should stop thinking I was something," another one said.

"So I am sitting in the office of a 'free theater' in the 90s. Talking on the phone. Suddenly a male actor comes in, unzips himself and stuffs his genitals in my mouth. I was too cocky and had to be silenced," a third one said.

After a spate of stories of violence, threat and abuse resolve, the Swedish stars direct strong criticism at directors, producers and politicians alike, threatening them with consequences.

"We demand zero tolerance for sexual exploitation and violence. Sexual abuse or violence should have consequences in terms of resignation," the signatories wrote.

After the meeting, Bah Kuhnke said she was "shocked, disgusted, upset and furious." "I was extremely clear about how serious the government views this. We demand change," she was quoted as saying after the meeting.

Under the #metoo hashtag, millions of people around the world have shared their own experiences of harassment, sexual assault, and rape, in the wake of sex assault allegations against Hollywood producer Harvey Weinstein. In Sweden, which prides itself on being one of the world's most gender equal countries, the campaign has already cast a dark shadow on the careers of many high-profile journalists.