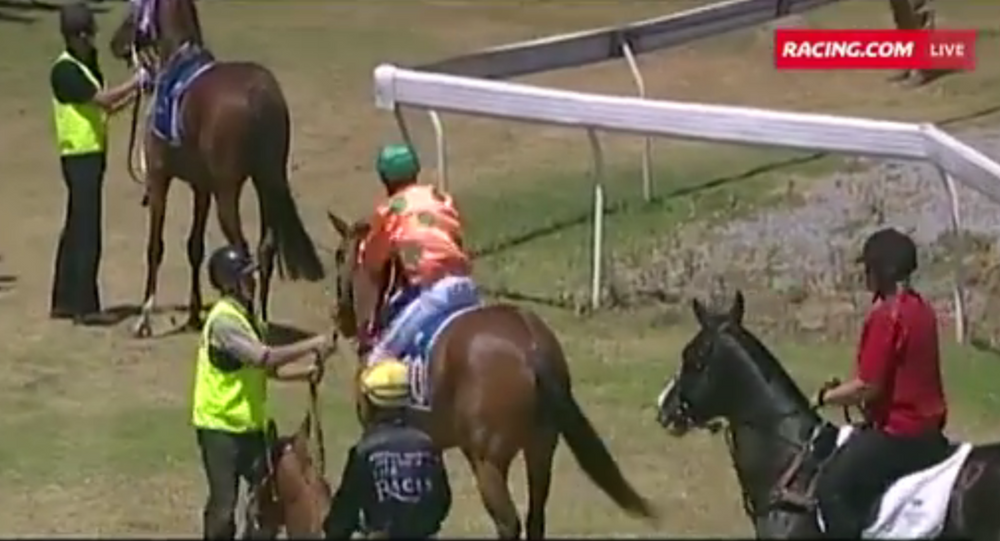 Dylan Caboche, a jockey based in southern Australia, has been banned from racing for two weeks for punching his horse, $101 chance She's Reneldasgirl, in the stomach before a competition Wednesday.

​Footage of the incident shared on social media shows attendants at the Port Lincoln racecourse trying to calm the horse before the 22-year-old jockey made the decision to just punch her (with what looks like the butt of the horsewhip).

​Caboche's suspension runs from November 17 to December 1. He is expected to miss eight races, according to news.com.au.

"TRSA does not condone and will not tolerate such behaviour and it is hoped this penalty — which will remain on the rider's record and will impact his earning ability — will send a strong signal to others," a spokesperson from the organization told the outlet.

But for many critics online, two weeks was just not enough.

​This, unfortunately, is not the first time a jockey has been caught abusing a horse. Back in August, Brandon Stockdale, an apprentice jockey, was fined $500 after punching his horse, Maid To Measure, in the stomach for finishing in seventh place, Wide World of Sports reported.

Nothing Unusual, Just a Horse in the Back of a Car