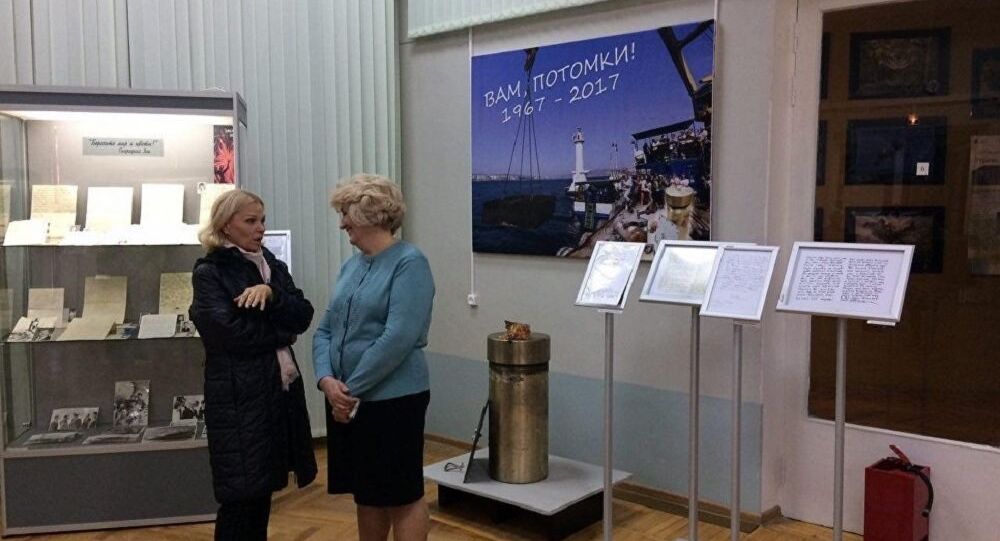 Messages contained in time capsules that were interred in several Russian cities 50 years ago reveal what Soviet people of 1967 expected their descendants to accomplish.

Earlier this year time capsules interred in 1967 to be opened fifty years later on the 100th anniversary of the October Revolution were unearthed in several cities across Russia.

The messages contained in these capsules revealed what the people of that era expected their descendants to achieve.

youtube capture
Historic Poster Documenting Birth of the Soviet Union to be Displayed in UK
Residents of 1967 Novosibirsk appeared certain that their descendants will be “living under communism” and will land a manned mission on Mars.

"We believe that you’ve developed our beautiful blue planet Earth, explored the Moon and landed on Mars; that you continue the space exploration that the people of the first fifty years (since the October Revolution of 1917) have begun, and that your spaceships are faring across the galaxy; that you’re already negotiating scientific and cultural cooperation with representatives of extraterrestrial civilizations," they wrote.

Their expectations were echoed by residents of Murmansk.

"We made only the first step into space while you will probably be exploring other planets. You will discover many of nature’s secrets that we don’t know yet, tame the nuclear energy and the very forces of nature; that you will remake the climate and will plant gardens in polar regions," the Murmansk time capsule message said.

"We know that you will be living better than us, that you will achieve heroic feats across the galaxy and will make our land beautiful. We’re a bit envious of you who will celebrate the 100th anniversary of our Soviet motherland. But we also know that you will be envious of our young and restless generation as well. We have a clear goal and a bright future, and lot of things to accomplish," the message from Arkhangelsk said.