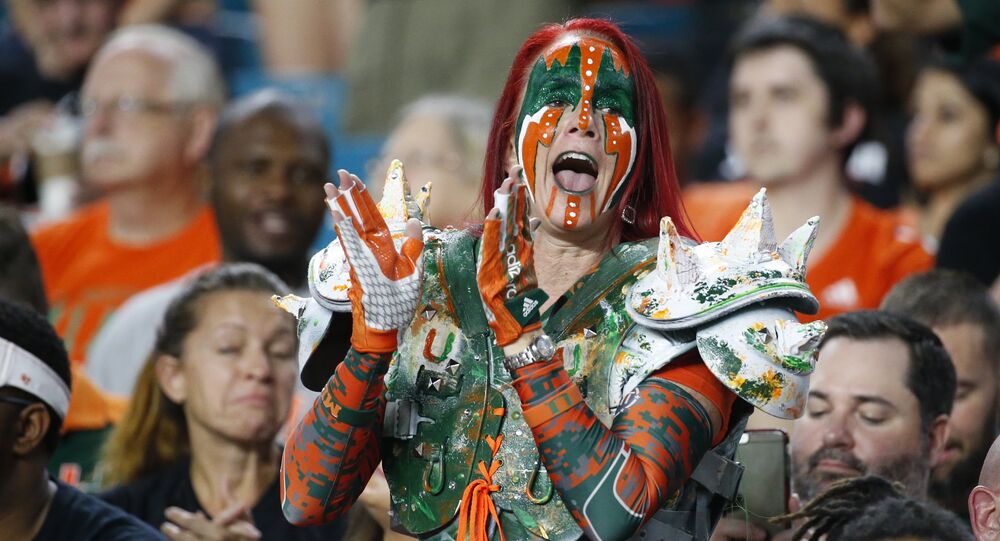 Miami Melee: WATCH Policeman Hitting Girl in the Face at a Football Match

This incident confirms that you should certainly think twice before using bad language when visiting a sports event.

A Miami police officer reportedly punched a young woman in the face during a recent American college football match.

A video, which has already collected more than 1,300 views on YouTube, shows a girl being carried out of the stadium by four male police officers.

Shortly after, the 30-year-old tries to slap one of the policemen on the top of his head, and he responds by punching her in the face with some force. The girl looked like the punch stunned her.

The Independent quoted local police as saying that "Ms Freitas had been arguing with other fans and swearing loudly" during the football match between the Miami Hurricanes and Virginia Tech Hokies. She then refused to leave the stadium, police said.

Seven Arrested Over Clashes at Football Match in London