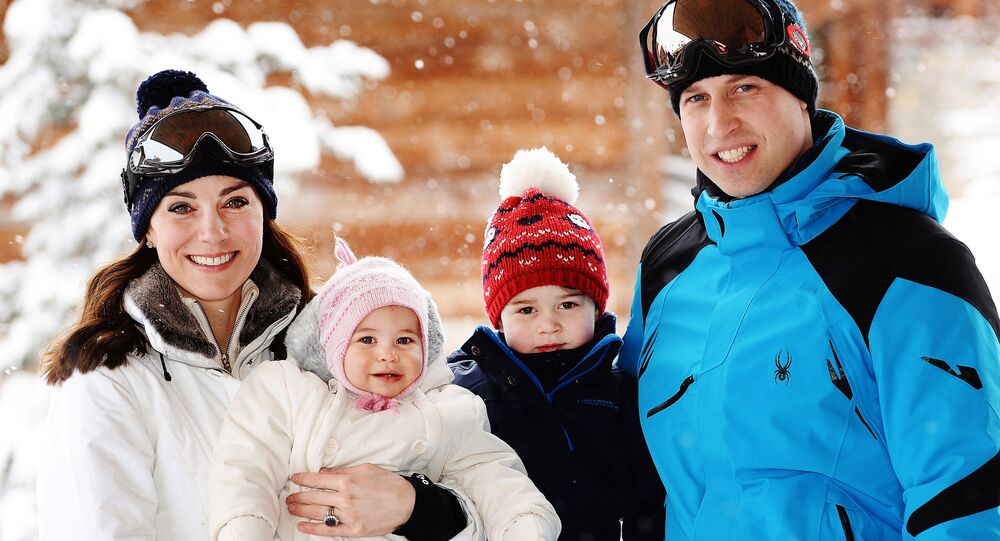 Prince William - second in line to the British throne - has sparked great amusement after suggesting there are too many people in the world despite his wife expecting their third child.

In a speech, Britain's Prince William has warned rapidly growing populations are causing a strain on the world — perhaps forgetting his wife is now expecting their third child.

Speaking at a gala dinner for the Tusk Trust charity in London on Thursday, November 2, the duke said that exploding populations around the world will put "enormous pressure" on wildlife unless it is properly managed.

"In my lifetime, we have seen global wildlife populations decline by over half. We are going to have to work much harder and think much deeper, if we are to ensure that human beings and the other species of animal with which we share this planet can continue to co-exist," the prince told the audience.

Singling out Africa as a prime example, he said: "Africa's rapidly growing human population is predicted to more than double by 2050 — a staggering increase of three and a half million people per month. There is no question that this increase puts wildlife and habitat under enormous pressure.

Says a man, whose married to lady with third baby on way..

"Urbanization, infrastructure development, cultivation — all good things in themselves, but they will have a terrible impact unless we begin to plan and to take measures now," Prince William explained.

Calling for new ideas, Prince William said the world needed to manage water resources and the grazing of animals, in case overcrowding ends up having a "catastrophic effect" on wildlife.

Your Highness Is Joking?

His views, however, have sparked much laughter on social media with members of the general public, especially in light of the fact that he will soon be welcoming his third child into the world in 2018.

If Prince William thinks there are too many people in the world shouldn't he and Kate have stuck to two children themselves?

Echoes Of His Father

In 2010, his father, Prince Charles first warned that the earth could not "sustain us all" and that "in the next 50 years, we face monumental problems as the figures rocket."

Speaking at the time, the Prince of Wales said: "it would certainly help if the acceleration slowed down, but it would also help if the world reduced its desire to consume."

"I fear there is little chance these sorts of schemes can help the plight of many millions of people unless we all face up to the fact more honestly than we do that one of the biggest cause of high birth rates remains culture," he added.

A report from the World Wildlife Fund and the Zoological Society of London published in 2016 found that the world was on course to lose two thirds of its wild animals by 2030, with the destruction of wilderness for agriculture, logging and poaching all major contributing factors.