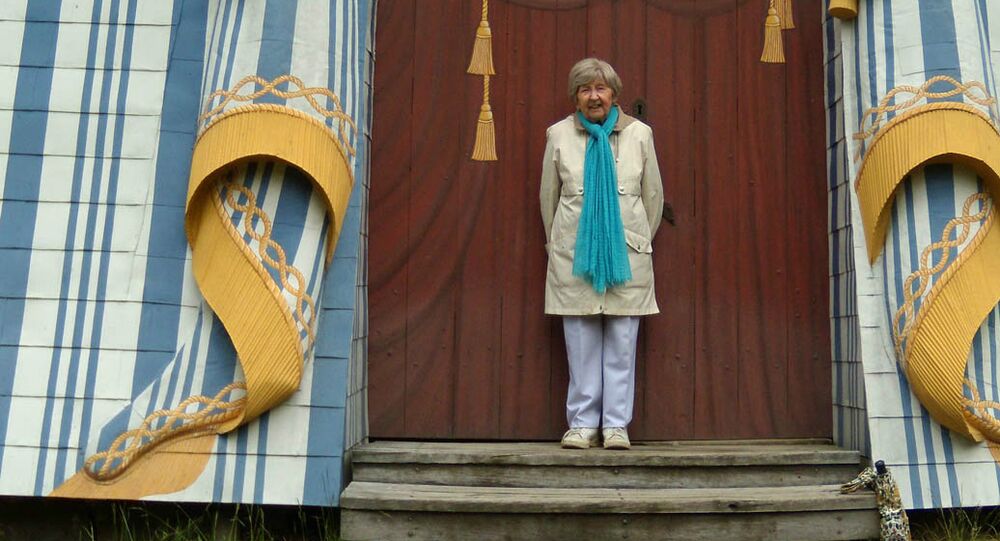 Dagny Carlsson, renowned as Sweden's oldest blogger, has stepped out to support the global anti-harassment #Metoo campaign, which has led to allegations of rape and sexual assault against prominent personalities both in the Nordic country and worldwide.

105-year-old Dagny Carlsson, who embarked on a blogging career at the ripe age of 99 after taking a class in computing, argued that the phenomenon of sexual harassment is not exactly new, but has grown markedly over the recent decades, as perpetrators have become less fearful of facing consequences.

"I believe it's appalling than men can be so rude as to grope other people," Carlsson said in an interview with the tabloid daily Aftonbladet.

Previously, the blogger and media personality spoke of her abusive first husband, who she claimed once locked her in a wardrobe to stop her from seeing her friends. Carlsson would not stand such demeaning treatment and divorced him when she was in her late 30s. Nevertheless, she argued that things were quite different in the past.

​"I don't remember people being so brazen in the past. Still, there were people who watched the public morals, such as priests and others who kept folks disciplined and god-fearing, which is not the case now," Dagny Carlsson said.

© CC0
The Rest Is History: #Metoo Campaign Becomes Exhibition in Sweden
Carlsson, who previously called equality the "greatest achievement over her lifetime," lauded the women who had participated in the global anti-harassment campaign and urged the victims to dare to speak out.

"You really should seek help and speak out, not stomach it on your own. Report it to the police," Dagny Carlsson urged.

The blogger also called for more decisive action in addressing the fundamental causes of harassment by spreading knowledge and teaching people the foundations of good conduct, starting from a very tender age.

"Enlighten people and teach them some manners, that's the best start," Carlsson said, contending that it is imperative that women are protected and feel safe both at home and at work.

​The #MeToo campaign, which started in response to allegations against Hollywood star producer Harvey Weinstein, who had been accused of recurrent rape, harassment and sexual assault over a period of many years, has risen to international prominence in recent weeks.

In Sweden, it has led to multiple investigations against high-profile figures within the Nordic establishment, including TV-presenters Martin Timell and Lasse Kronér, feminist journalist Fredrik Virtanen of Aftonbladet and many more. At Swedish national broadcaster SVT alone, nine women have reported various forms of harassment from male colleagues and bosses.

Over 20 female Swedish MPs admitted to being harassed while working in politics, including Center Party leader Annie Lööf.

​Swedish singer and actress Sarah Dawn Finer wrote on Instagram that she had been harassed "in Sweden, outside of Sweden.. from then til now. Everywhere."

Under the #metoo hashtag, hundreds of Swedish women have shared their stories and called for more decisive action to prevent harassment.