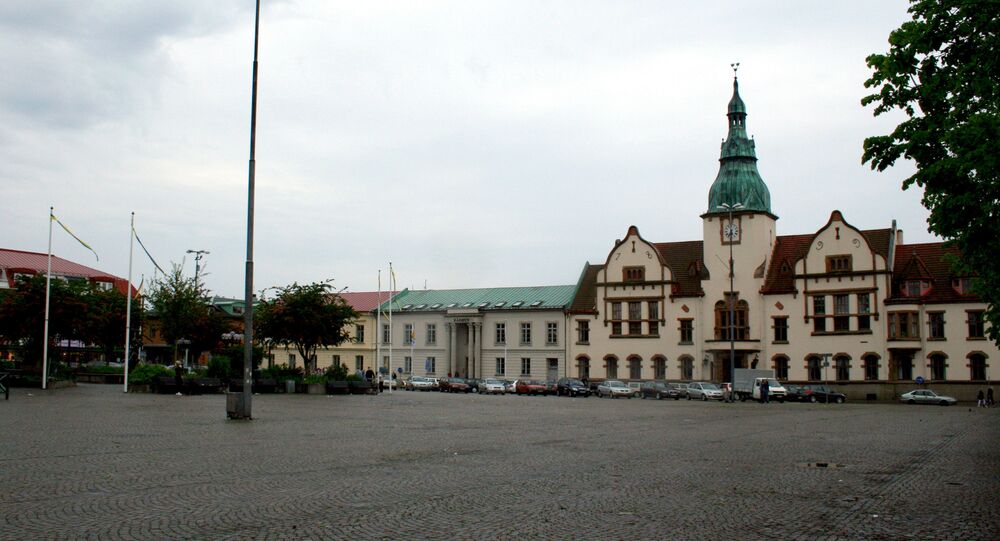 An unauthorized man in his thirties has managed to make his way into a Swedish police station, where he went into the basement, put on a protective vest and calmly enjoyed a beer he found in the staff fridge before finally being arrested.

The intruder entered the police station in Karlshamn, Blekinge County, where reception is currently being renovated. Nevertheless, the police station was left open by workers to carry construction materials, allowing people to randomly enter without permission.

"The front desk was closed, but the craftsmen who worked there had to leave the door open to pick up and bring in their equipment. Then he managed to talk his way past them pretending to be competent," local police chief Anders Knutsson told the Nyheter Idag news outlet.

© Photo : Polisen Huddinge facebook
To Serve and Dress Up: Swedish Police Got Caught in Wardrobe Malfunction
Inside, the intruder coolly went on to stroll around staff premises, before making his way to the cellar, where he allegedly started the sauna. Later, the man put on a protective vest and cracked open a can of beer he found in the staff refrigerator. In the end, he went into the police gym, where his encroachment was finally spotted by a training policeman.

Anders Knutsson denied having a large stock of beer in the station.

"Ha-ha, of course not. I do not even know whose beer it was, it must have been left by someone who had a sauna after work and had a beer afterwards, what do I know?"

According to Anders Knutsson, the intruder never came near weapons, which are kept in a locked and encoded vault. Knutsson ventured that the man must have been searching for a police officer.

"He has someone here he sometimes calls up and talks to. It was probably him he was searching for in this confusion," Knutsson suggested.

The man was arrested for unlawful intrusion and theft and was taken to a police station in Kristianstad, where he was released after interrogation. According to Knutsson, the man already has a police record and was previously arrested on suspicion of similar offenses.