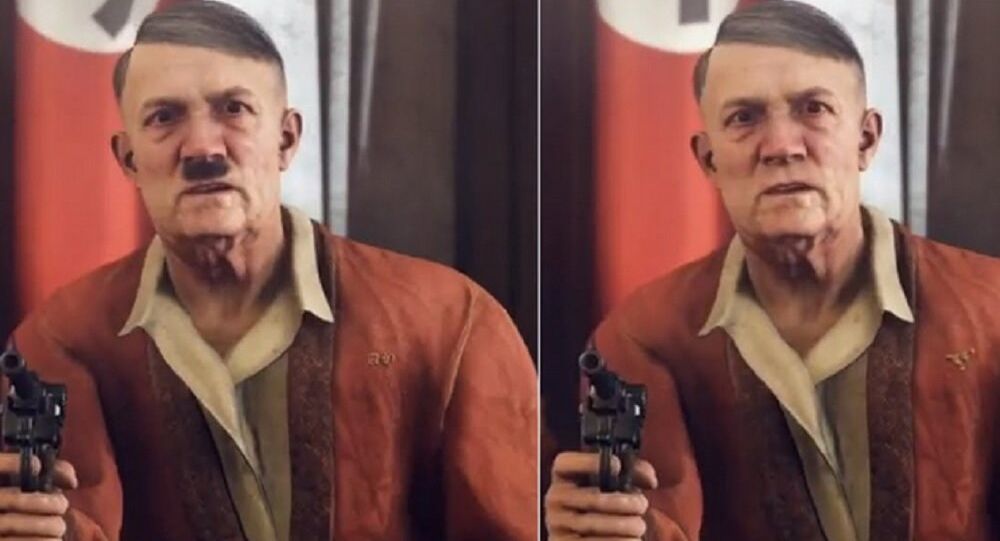 Depictions of Nazi symbols are illegal in Germany, which is why a new computer game that depicts an alternate reality where Hitler won World War II has been heavily censored, with the Nazi leader getting a completely different, unexpected appearance.

In the German version of computer game "Wolfenstein 2: The New Colossus" that was released last week Adolf Hitler appears clean-shaven, without his distinctive moustache.

The changes are related to German laws prohibiting depictions of Nazism.

Apart from the Nazi leader's looks, they have affected other details in the game as well.

For instance, the main character is called "mein Kanzler" (my chancellor) and not "mein Fuhrer." The Swastikas in the office of the fictional Hitler, who is not even called by name, have been replaced by made-up symbols.

The action in the game takes place in 1961, in an alternate world in which the Nazis gained the upper hand in WWII. The premise is to fight for the liberation of the United States, which has been occupied by the Nazi regime.