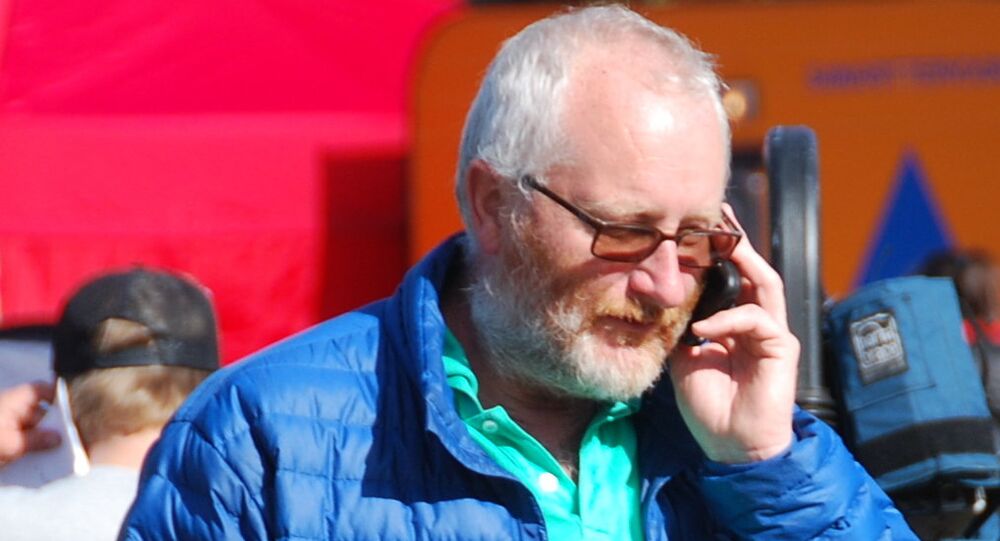 Danish producer Peter Aalbæk Jensen has no qualms about spanking his female employees on the buttocks because he thinks it's fun. He refuses to change his attitude because he dreads the idea of being bullied into becoming an "asexual Social Democrat."

As the #Metoo campaign against harassment gains worldwide momentum, Danish producer Peter Aalbaek Jensen, a former CEO of the film company Zentropa, has been criticized for sexist behavior.

Danish film critic Nanna Frank Rasmussen of the Jyllands-Posten daily claimed that Aalbæk Jensen grabbed her breasts and spanked her on the buttocks during the Berlin film festival.

"Although it happened over 15 years ago, only now it has become possible to tell about it and be listened to. When the Weinstein debate erupted, I came to thinking that it has been the same in the Danish film industry for years," Nanna Frank Rasmussen told Swedish national broadcaster SVT.

However, Peter Aalbæk Jensen took the accusations with astonishing calmness. He said he has no clear memories of the incident Rasmussen referred to, but argued it was quite possible, because it is something he usually does. Furthermore, he stated that he would stick to his ways in the future.

"No, I am not inclined to be bullied into becoming an asexual Social Democrat. In general, I oppose the idea of such tribunals against people 20 years afterwards. I do not remember what happened. It would create a Stasi-like atmosphere if people are allowed to step forward with information you cannot refute," Peter Aalbæk Jensen told SVT.

​When directly confronted by SVT journalists about his habits, Aalbæk Jensen admitted that he enjoyed spanking female employees' hindquarters because it was "fun."

"After all, they can spank back or simply say, 'No thanks,'" Aalbæk Jensen argued.

© AFP 2020 / Jewel SAMAD
Harassing EU Bosses, Star Journalists Get Exposed in #Metoo Afterglow in Sweden
Sixty-one-year-old Peter Aalbæk Jensen has produced over 70 theatrical feature films and TV films and is widely regarded as Denmark's most important film producer. He is best known for his collaboration with Lars von Trier via the Zentropa company, which is renowned for projects such as Dogville (2003) starring Nicole Kidman and Dancer in the Dark (2000) starring Icelandic pop diva Björk. Aalbæk Jensen gladly refers to himself as "The Swine" and recalled "rewarding" a Zentropa trainee with a prostitute after a good performance during the Cannes Film Festival in 2012.

At present, Peter Aalbæk Jensen is the executive producer for Lars von Trier's The House Jack Built, a coproduction with Film i Väst, a Swedish Trollhättan-based company nicknamed Trollywood. Film i Väst managing director Mikael Fellenius told the Götenborgs-Posten daily that a code of conduct may be established for cooperation with Zentropa in the future.

"We have no problems with Zentropa as a company and how they do their business," Mikael Fellenius told SVT.

However, Nanna Frank Rasmussen recalled how her first encounter with Aalbæk Jensen totally discouraged her from wanting to work with Zentropa.

"I was so shocked at how he behaved. He had all the power while I had none. Then I decided to never take a job at Zentropa because I do not want to be treated that way," Frank Rasmussen said.

​Futhermore, Danish journalist Anne Mette Lundtofte wrote in her 2013 book about Zentropa that a 21-year-old trainee was placed before the choice of taking a skinny dipping in a pool or getting fired.

Lastly, Aalbæk Jensen's long-standing brother-in-arms Von Trier was also targeted in the #metoo campaign following harassment accusations from Björk. While Von Trier denied the accusations, while admitting they had never been best friends, Aalbæk Jensen reversed the tables by claiming that Von Trier and himself "were the victims."