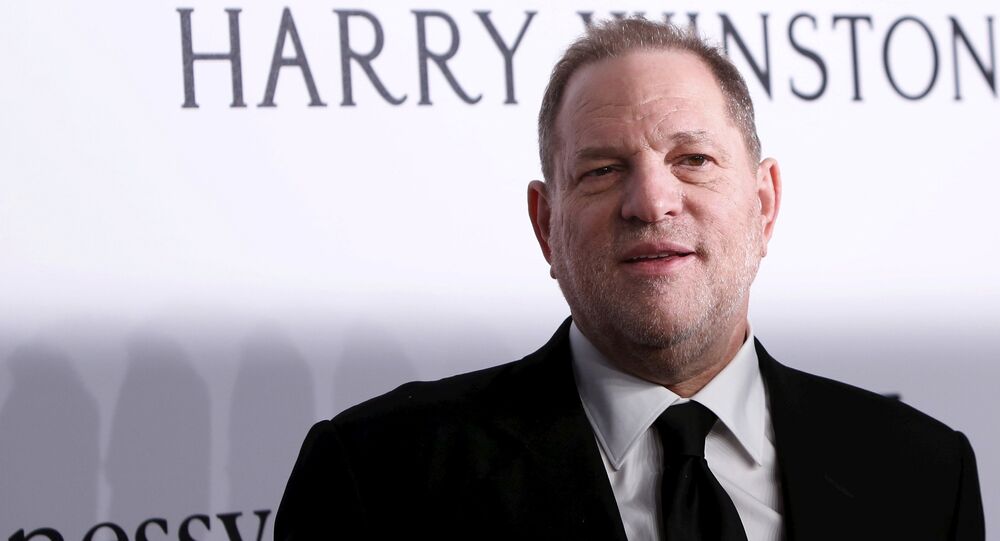 Harvey Weinstein, a famous American film producer, has been given a lifetime ban by the Producers Guild of America (PGA), as more and more women come forward accusing the Hollywood mogul of sexual assault and harassment.

The guild of Hollywood producers called its decision to permanently bar Harvey Weinstein from its ranks an "unprecedented" measure that reflects the "seriousness" of the producer's "widely reported behavior."

"Sexual harassment can no longer be tolerated in our industry or within the ranks of Producers Guild membership," the guild's statement said.

The PGA's decision to expel Weinstein from the guild made earlier this month was unanimous. The producer was given 15 days to appeal, but instead, Weinstein resigned his membership.

© AP Photo / Matt Sayles
'I Knew': Tarantino Finally Speaks Out About Weinstein Sexual Harassment Scandal
The guild's move came after The New York Times reported about four additional allegations of sexual crimes against the Hollywood mogul. The accusations range from rape to sexual harassment in a nightclub, with some of them dating back as early as the 1970s.

Over 90 women have voiced allegations of sexual assault or harassment by the American film producer. The US police in New York, London and Los Angeles are currently investigating the cases.

Weinstein has already been banned by the Academy of Motion Picture Arts and Sciences and the British Academy of Film and Television Arts.