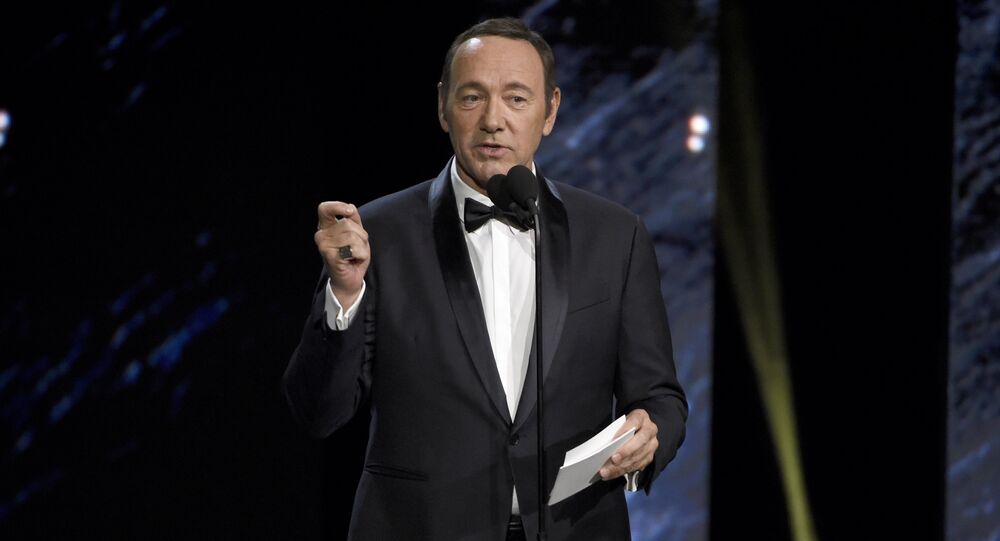 "I honestly do not remember the encounter, it would have been over 30 years ago. But if I did behave then as he describes, I owe him the sincerest apology for what would have been deeply inappropriate drunken behavior, and I am sorry for the feelings he describes having carried with him all these years," a statement read posted to Spacey’s official account on Twitter.

​Spacey, whose sexuality has long been the subject of rumor and speculations, said in the statement that in his life he has had "relationships with both men and women" and came out, saying he now "lives as a gay man."

In an earlier interview with BuzzFeed, Rapp, who starred in "The Star Trek: Discovery" has accused Spacey of sexually traumatizing him after a party in New York in 1986. The actor said that Spacey, who was 26 at that time, picked him up, placed him on a bed and climbed on top of him.

In a series of tweets after his story was published, Rapp said, "I came forward with my story, standing on the shoulders of the many courageous women and men who have been speaking out, to shine a light and hopefully make a difference, as they have done for me."

to shine a light and hopefully make a difference, as they have done for me. 2/3

​He later added that he has "no further comment about it at this time."