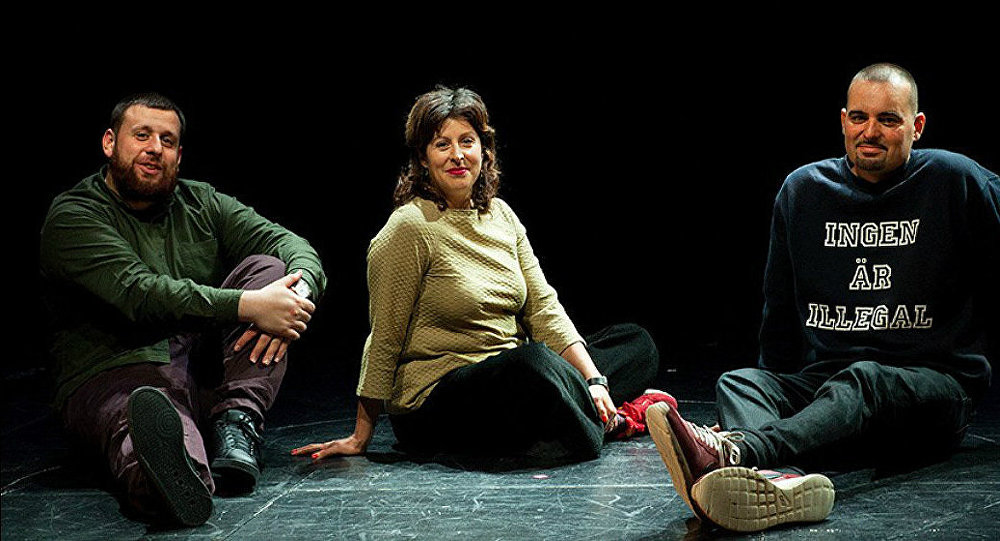 Plans by the Royal Dramatic Theater, Sweden's national stage, to engage a radical Islamist in a performance about Islamophobia have raised many eyebrows in the increasingly multicultural Nordic nation.

In November, Amanj Aziz will set the stage at the Royal Dramatic Theater, commonly known as Dramaten, for a dramatized performance lecture on Islamophobia called "Muslim Ban."

In Sweden, Aziz is a divisive figure that triggers polarizing opinions. Swedish journalist and writer Magnus Sandelin, a researcher of extremism and the author of "Swedish ISIS Fighters — From al-Qaida to Jihadi Cool," described Amanj Aziz as "very radical," pointing out his contacts with the al-Taqwa Youth Association in Stockholm, which is known for proselyting a rather extreme strain of Islam.

© Photo : W.carter
Provocative Play 'Humanizing' Terrorists Shakes Sweden After Truck Attack
The Dagens Nyheter daily reported that Aziz previously was the spokesman of the now-defunct organization Tuff, which invited to Sweden Qatari-based hate preacher Bilal Philips, who has advocated the death penalty for homosexuals and has been banned from numerous countries, including Denmark and Britain.

"He also took the British organization IERA, Islamic Education and Research Academy, to Sweden. And they have representatives who advocate terrible things," Magnus Sandelin told the Swedish newspaper Göteborgs-Posten. The IERA has been labeled a "hate group" and has been banned from several public events.

"I do not see him as a sensible debater. His picture of how everything works is so absurd that he connects us to Breivik, one of the worst terrorists in modern times. This can't be serious," Magnus Sandelin said.

© CC0
New Swedish Books Enlighten Preschoolers About Islamic Clothing, Polygamy
Nevertheless, Sandelin argued that Aziz's show is not necessarily bad in itself, venturing that it may have a "tragicomic" effect.

"The fact that Amanj Aziz is now going to perform on Sweden's national scene is good. I have long considered him somewhat of an art project," Sandelin argued.

Amanj Aziz's participation in Dramaten has been criticized by Sophie Löwenmark of the liberal think tank Timbro. In an opinion piece in the web magazine Smedjan, she described Aziz as an extremist, unworthy of speaking on behalf of Muslims.

"Muslim Ban" is directed by America Vera-Zavala, known for her play "Swedish Hijabis" about women who wear the Islamic veil by choice, aimed at portraying a picture of Islamophobia in today's Sweden. The performance will also feature narration by hip-hop artist Carlito. Vera-Zavala explained her choice by the fact that she specifically sought a prominent representative of the Muslim community.

​By Vera-Zavala's own admission on Facebook, however, she received a lot of criticism and "totally bizarre gibes."

"All this rage and fury over the fact that a Muslim gets to perform onstage. The rage from right-wingers who love their freedom of speech as long as it's used as they want, but otherwise seek to narrow down the overtone window," Vera-Zavala wrote.

Founded in 1788, the state-owned Dramaten is Sweden's National Theatre. Its repertoire features everything from classical to modern drama. Its headquarters is an art nouveau-building featuring five stages at the heart of Stockholm.

Since religious profiling is not allowed in Sweden, various estimates evaluate the number of practicing Muslims in Sweden to be as high as 600,000 in a nation of 10 million.