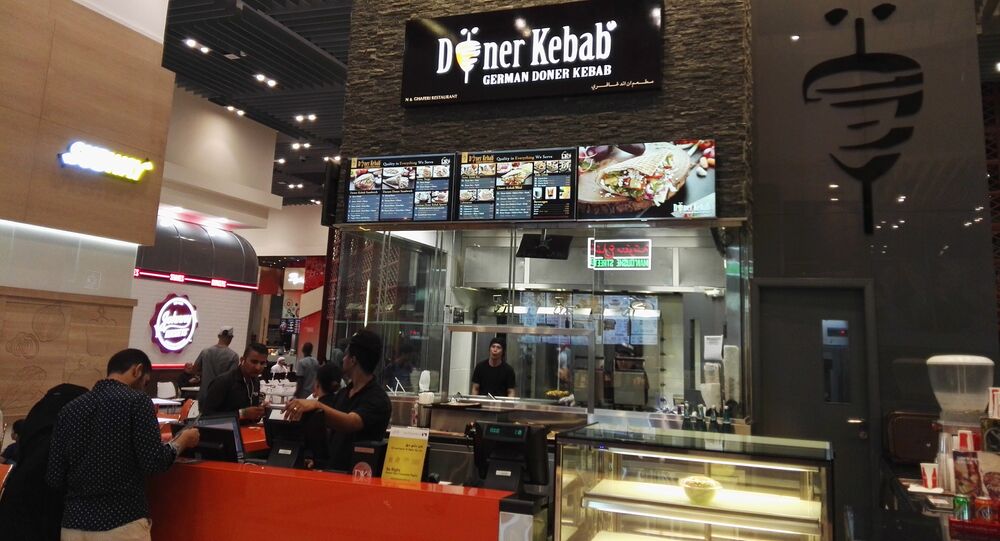 Britain's international trade minister Greg Hands has been accused of "ignorance and bigotry" after mocking a German food chain for selling doner kebabs in the UK, saying: "What's next, German fish and chips?" - apparently not realizing the popular dish was actually invented in Germany.

The Conservative MP for Chelsea and Fulham and Britain's international trade minister, Greg Hands, posted a picture of German Doner Kebab — an international kebab shop with more than 20 branches in the UK — on Twitter:

How long before we have German Fish & Chips? pic.twitter.com/8OmvAytgJQ

He has since been given plenty of food for thought, however, after the Tory minister was quickly given a proverbial roasting by others on the social media platform, who accused him of being "ignorant" and "stupid." Others preferred instead to give him a quick education on the origins of some other foreign foods for future reference.

How long before the government has the competencey to fire cabinet ministers for idiocy like this? The tories are now UKIP. So sad.

Indeed the origin of the doner kebab has been repeatedly linked to a Turkish immigrant Mahmut Aygun, who was 16 at the time when he opened a snack stall in West Berlin in 1971. Others have credited it to being invented by Kadir Nurman who got the idea after noticing that German workers had little time to sit down for lunch.

Aygun said he had the inspired idea to serve grilled meat in a pitta bread, rather than with rice, so people could take their food with them. At the time of his death in 2009, the popularization of Aygun's dish had resulted in many traditional fish and chip shops in Britain closing down.

Again, this contradicts Mr. Hands other tweet about fish and chips being typically British — having actually been brought to UK shores by migrants too. The humble chip originated from Belgium or France, while fried fish was introduced in Britain by Jewish refugees from Portugal and Spain.

In an attempt to divert some of the flak, Mr. Hands returned to Twitter and said:

Instead many social media users highlighted the irony that the international trade minister isn't too clued up on trade, or at least didn't bother to check his facts out first before taking to Twitter.

Want to read back your job title Greg and maybe rethink this tweet?

That is a very good point. The whole spectrum has shifted, unacceptable behaviour normalized…because of the rise of the Far Right, fascism

He is not the first British politician to fall foul in the food faux pas, however, as Labor Party grandee Lord Peter Mandelson once mistook a fish and chip shop's mushy peas in Hartlepool for the avocado dip guacamole.

In 2014, then Labor leader Ed Miliband was pictured rather unflatteringly struggling to eat a bacon roll which led to accusations that he was out of touch with the average person.

Former British prime minister Tony Blair once declared his favorite meal was fettuccine with olive oil, sundried tomatoes and capers, when he contributed the recipe to a charity cookbook. Later his tastebuds changed somewhat to fish and chips.

Clearly remembering the image of his political rival, former British premier David Cameron decided to devour a hot dog with a knife and fork. Similarly, his attempts to present himself as a pasty-loving man of the people backfired when he failed to remember where and when he last ate one despite his party having just introduced a new tax on hot baked foods.

In light of the election news I want to remind everyone of the time David Cameron ate a hotdog with a knife and fork, thanks. pic.twitter.com/n8YLEBckaM

The man responsible, then British chancellor George Osborne was pictured tucking into a burger and chips from an upmarket burger chain as he worked at his desk.

He was criticized, however, for paying £7.99 (US$11) for the burger despite claiming the nearby McDonald's did not deliver — unfortunately Byron where he bought it from didn't either.