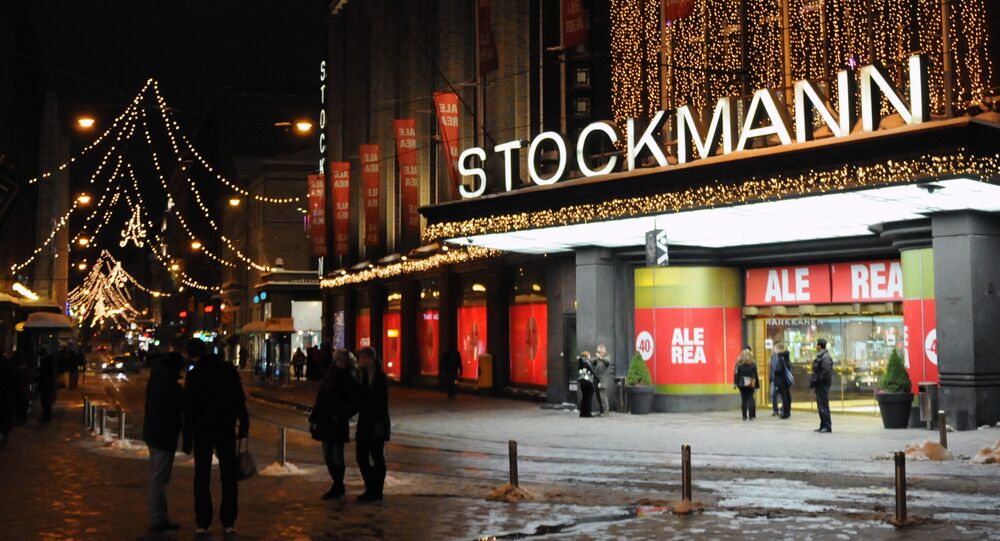 The traditional sale by the Finnish department store chain Stockmann called "Crazy Days" has triggered a public outcry, with a Green Party member urging the established vendor to stop deriding psychiatric patients and rename its campaign.

Miikka Keränen, a member of the Rovaniemi city council, has issued a call for Finland's retail network Stockmann to give up the name Hullut Päivät (Crazy Days), which has been used for the last 31 years to represent its biannual sales campaign.

In an open letter published by the newspaper Uusi Suomi, 26-year-old Keränen argued that the name belittled mental health problems and stigmatized patients. Keränen called Stockmann an "influential and well-known business" that bears full responsibility for the effects of its rhetoric.

© CC0
Mental States: Finland, Sweden Lead EU in Number of Psychiatrists per Capita
Keränen pointed out that many young Finns in particular were suffering from psychological problems that excluded them from employment.

"Mocking mental health problems should not be a part of a 21st-century company's corporate image," Keränen wrote, asking Stockmann to rebrand and rename its campaign.

​Stockmann's Social Responsibility Manager Johanna Stenbäck told Finnish national broadcaster Yle that the "Crazy Days" campaign did not hurt anybody and admitted it was the first time the store had received such a feedback.

Stockmann responded by providing Keränen with a link to an article penned by representatives of Finnish mental health associations. In the article published in Uusimaa in 2016, Finnish psychiatrists concurred that "Crazy Days" was not an insulting name.

© REUTERS / Lehtikuva/Vesa Moilanen
Don't Cover Your Shame! Finnish Court Allows Performance With Elderly Naked Lady
Olavi Sydänmaalakka, the director of the Finnish Central Association for Mental Health argued that there are virtually no words to be avoided when talking about mental health.

"What does matter is that we talk about it," Sydänmaalakka wrote.

Keränen later regretted his letter and apologized for the annoyance that he had caused.

Stockmann is one of Finland's oldest companies engaged in the retail trade. Established in 1862, Stockmann boasts eight department stores and 425 fashion stores in 17 countries. Stockmann's flagship store in central Helsinki covers 50,000 square meters of retail space and welcomes more than 17 million visitors every year, being the largest department store in Scandinavia.

The "Crazy Days" sale was first held in 1986 and proved to be extremely popular with customers, so the retail giant turned it into a biannual event.

​According to OECD statistics, mental health problems and substance abuse are among the most serious threats to public health in Finland.

About one quarter of Finnish people suffer from psychological symptoms with adverse effects at some point in their lives. It is estimated that 7% of all Finnish adults suffer from depressive, anxiety and alcohol-related disorders. Mental health problems were the leading cause for disability pensions.

Additionally, Finland has a suicide rate well above the EU average and among the five highest in the EU.