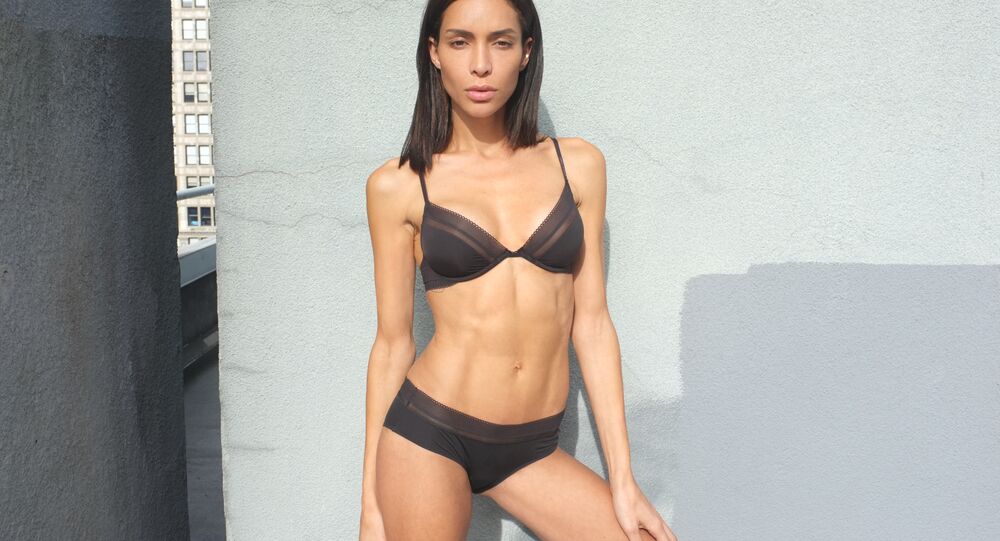 The next issue of Playboy will feature the first transgender Playmate in the magazine's history, 26-year-old French model Ines Rau.

Rau, who poses nude in the Playboy centerfold, is no stranger to the magazine's pages. She appeared in a May 2014 special "A-Z" edition, in a spread called "Evolution" which discussed the world's shifting attitudes to gender identity.

"Being a woman is just being a woman." Meet November 2017 Playmate Ines Rau, the first transgender Playmate. https://t.co/w28vfilSP9 pic.twitter.com/iVAqOgB0TK

​Her appearance has received a mixed reception among Playboy fans. One commented on the magazine's Twitter post, "I knew there was a reason I didn't subscribe," whereas another commentator said that Rau is "beautiful."

Jesus Christ, this trans woman and playmate is gorgeous. If the only reason you hate on her is b/c she's trans, you're pathetic 😡😤 #inesrau pic.twitter.com/TnBm3i4Bm1

​The model, who has also featured in Vogue Italia and fronted a campaign for Balmain, says that she is no longer reticent about discussing her transgender status and advises others to "just be who you are."

CLOSE UP OF ONE OF THE IMAGES FROM ANTIDOTE💥 FANTASY ISSUE SHOT BY AMAZING YANN WEBER. @messikajewelry

"I lived a long time without saying I was transgender. I dated a lot and almost forgot. I was scared of never finding a boyfriend and being seen as weird. Then I was like, you know, you should just be who you are. It's a salvation to speak the truth about yourself, whether it’s your gender, sexuality, whatever. The people who reject you aren't worth it. It’s not about being loved by others; it's about loving yourself," she told Playboy.

genuinely happy that playboy is having a transgender woman playmate featured

​​The issue is the first to be released since the recent death of founder Hugh Hefner, whose picture will appear on the front cover in a tribute.

R.I.P Hugh Hefner 🙏 Thank you for allowing me to share my story and for your support and platform that helped my campaign for trans rights and visibility. ❤️💋

The first transgender woman to pose for Playboy was Tula in September 1991. pic.twitter.com/Xpl65HZaEU

'You Gave Me My Life:' Former Playboy Cover Girls Mourn the Death of Hugh Hefner