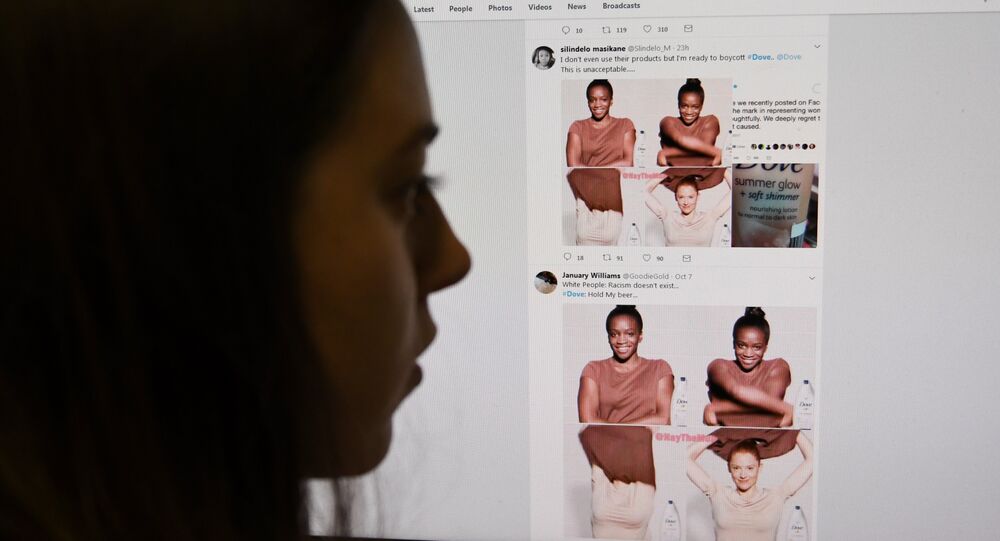 Way to Blow It! Disturbingly Offensive Ads That Landed Brands in Big Trouble

What modern-day advertisers are trying to do is maintain balance as they walk a thin line between making a buzz-worthy commercial and offending high moral standards. Sometimes these attempts fail miserably, resulting in scandalous ads that spark outrage online.

A short commercial by the Unilever-owned personal care brand, showing a black woman taking off her brown shirt to reveal a white woman, has recently sparked a backlash on social media. Many considered the ad was racist, while Lola Ogunyemi, the Nigerian woman in the ad, denied it was offensive in the slightest and admitted that she "loved it." The company has since apologized and removed the controversial ad.

Here is the @Dove commercial guys. This is better than those screenshots. pic.twitter.com/1pDgKH6eCc

Let's be clear, Dove knew exactly what they were doing with their racist ad. Soap companies used to do this racist theme all the time pic.twitter.com/EzvAiExNcP

​However, this isn't the first time Dove screwed up by running controversial commercials. The company faced criticism after a racially-charged magazine advertisement of their VisibleCare body wash in 2011 and after launching Summer Glow Lotion for "normal to dark skin" in 2012. The brand apologized for its word choice, saying the packaging should have been labeled "medium to dark skin."

Sorry to say this but its prime time to #BoycottDOVE LOOK AT THEIR SUBLIMINAL MESSAGE! NO NO NO!!! pic.twitter.com/HDhqDKEXud

#BoycottDove now. Their racist advert is nothing new. They have been peddling hate for years pic.twitter.com/Qcq0WgnONB

The famous soda brand owned by Coca-Cola found themselves under fire after the #BrutallyRefreshing marketing campaign launched in Ireland in 2016. Blamed for shameless misogyny, the ad included lines like "You're not popular, you're easy," "She's seen more ceilings than Michelangelo" and "A 2 at 10 is a 10 at 2," which is why internet users dubbed it #BrutallySexist.

Sprite: "We'd like to aim our product at a misogynistic audience."

Terrible, half baked idea. Hard to understand how this stuff gets through @Sprite #BrutallySexist https://t.co/b5jdoK6EMW

It's not #BrutallyRefreshing @CocaCola. It's a parade of misogynistic slurs, and a stain on your legacy. You should be ashamed of yourselves

​Sprite apologized for the sexist campaign, pulling it from billboards and websites across Ireland. A spokesperson said the campaign has now ended "and the advert will not appear again."

This company's outrageous ads provoked an outcry in social media several times, which will probably echo through eternity. A 2010 print advertising campaign by the Italian premium ice cream brand in the UK was offensive enough to be banned by the country's Advertising Standards Authority because of religious sensitivities. The image showed two Catholic male priests on the verge of a passionate kiss. But this advertising ‘blunder' wasn't their only one: just a month before that, the brand was ordered to withdraw a campaign featuring a heavily pregnant woman dressed as a nun standing in a church with a tub of ice cream.

"Ice cream is our religion," the upmarket gelato maker wrote on these posters. In a statement to the UK's Advertising Standards Authority, Antonio Federici said the idea of "conception" represented the development of their ice cream. They said their decision to use religious imagery stemmed from their strong feelings towards their product and also from their wish to use satire and gentle humor, the relevance and hypocrisy of religion and the attitudes of the church to social issues.

The Adidas-owned athletic footwear and apparel giant ran into trouble in 2012 for a male targeted ad advising to "cheat on your girlfriend, not on your workout." It wasn't part of a global marketing campaign and appeared only at their local gym partner in Germany, but thanks to social networks, the controversial campaign made its way overseas. In a statement, Reebok apologized for the offensive nature of the materials, noting that Reebok does not condone this message or cheating in any way.

#Reebok on appropriate behavior for men:

Cheat on your girlfriend: ✅🆗👍

Cartoonish ads for a Ford Figo, a car available in India, were making the rounds on social networks in 2013. The series of drawings, which were meant to highlight the ample trunk space, featured Paris Hilton and three Kardashians tied up in the back, Silvio Berlusconi with three bound-and-gagged women and Michael Schumacher with his rivals Sebastian Vettel, Lewis Hamilton and Fernando Alonso. All three ads feature the tagline, "Leave your worries behind with Figo's extra-large boot," referring to the car's large trunk.

​The ads were part of "a creative exercise by a team that was submitting for an ad competition," according to Chris Preuss, Ford spokesman for ad agency WPP. "They were actually posters uploaded to a website, which is where it all took off from."