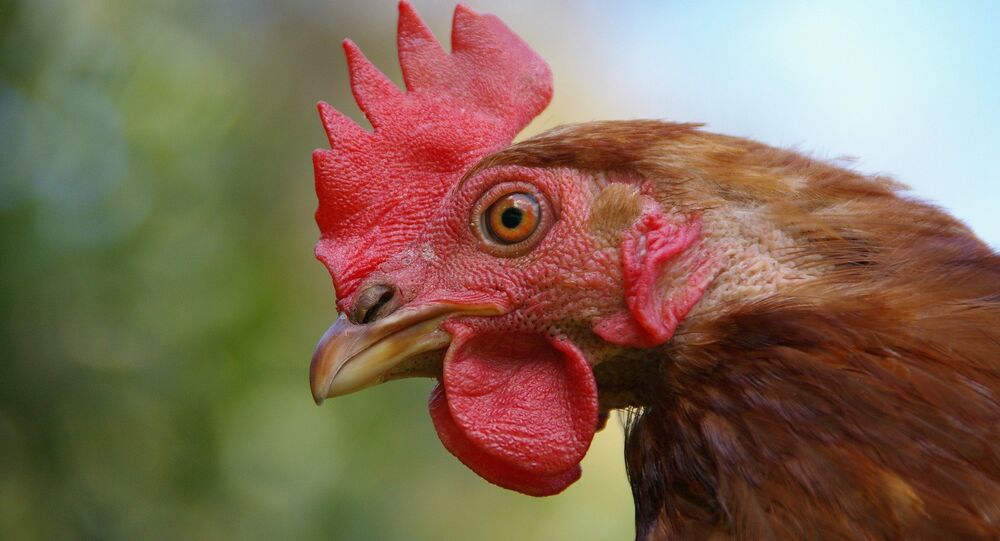 A video featuring a Danish teacher beheading live chickens in front of a crowd of schoolchildren has gone viral in the Nordic country, arousing memories of similar instances of animal cruelty with a scientific undertone, such as the notorious killing and dismemberment of a baby giraffe at Copenhagen Zoo.

The Langsøskolen School in the town of Silkeborg made national headlines the heads a couple of live chickens were chopped off in front of schoolchildren aged between six and nine. Later, the kids took part in the plucking and cooking of the carcasses.

This slaughter was not performed for kicks, but was part of the educational project "Fra start til slut" ("From Start to Finish"), aimed at educating children about the processes food undergoes before reaching our tables.

After the incident was covered in Danish press, including a video of the incident, the carnage gathered the nation's attention. An article on the incident by the Danish tabloid newspaper Extra Bladet ended up being the third most popular in the Nordic country in September, as a seething debate ensued, the Danish news outlet Copenhagen Post reported. Many commentators pointed out the striking similarities with the execution and dissection of Marius the giraffe performed at the Copenhagen Zoo in yet another devastatingly brutal educational effort.

© Photo : zoo.dk
Culled in Copenhagen: Infamous Zoo Euthanizes Third Baby Giraffe
Very much like Marius, the cocks were doomed to death due to breeding issues, and young children were encouraged to witness the gory scene of headless carcasses spurting blood into a bucket. And just like Marius, the cocks were eaten, not by hungry lions, but by schoolchildren themselves. It was not disclosed, however, how many of them refused to touch their food after the bloody spectacle they had witnessed.

Following the execution, the school's Facebook page, which also featured a video of the beheading (warning for gory details), was flooded with angry comments. Many Danes rushed to condemn the butchery as "perverted," "evil," "macabre," "disrespectful," "traumatizing" and "performed for sheer entertainment."

"Yes, it's quite visible in the faces of some children that they actually enjoyed this 'show,'" a user wrote.

Keld Vestergaard of the Langsøskolen School pointed out, however, that the bulk of the outraged comments came from parents outside of the school, whereas locals proved to be more supportive.

© CC0
Make Yourself at Home! Denmark Unveils World's 'Most Humane' Prison
Many Danes backed the project, pointing out that attendance was not obligatory and that parents were consulted prior to the experiment. Even psychologist Poul Skaarup Jensen suggested that it was perfectly okay for the school to arrange this grisly demonstration.

"My conviction is that it is only healthy for children to experience how the world is connected," Poul Skaarup Jensen told Extra Bladet, suggesting that no age threshold was necessary.

The outcry, however, was not enough to make it the most-viewed post in Denmark. The title of the most popular post of the month went to a spoof video by the Danish radio station P3 about Danes increasingly visiting doctors with complaints about their hindquarters. In the video that proved more appealing to the Danes, viewers were advised to keep away from Facebook for a couple of days.