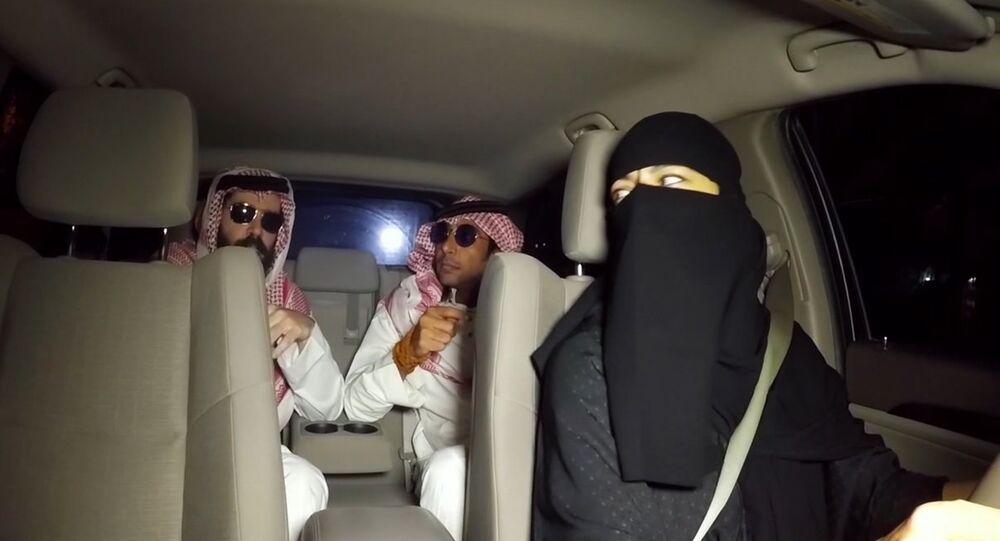 To the delight of many in Saudi Arabia and abroad, the country’s authorities have allowed women to finally drive cars for the first time ever. The new regulations resulted in much celebration and praise.

The popular Arabic music band “Most of Us” released a special song extending its support to Saudi Arabian women following the lifting of the ban on women driving.

The lighthearted song is a cover of Steppenwolf’s famous song “Born to Be Wild” titled “Saudi girls will drive.”

Sung in both English and Arabic it says, “Yeah ladies go make it happen. Take the wheel with a love embrace. No more driver, Uber or taxi, to take you any place.”

The catchy tune, with a funny video showing two Arab men in the back seats of car being driven around by an Arab woman, has taken the internet by storm as it already has over 58,000 views on YouTube.

The Jeddah-based band said that the "whole point was to celebrate the new legislation and the possibilities it brings not only for women, but our society as a whole," according to the Saudi Gazette.

"We wanted to be responsible with our content and message and inspire women to really shine in an independent rather than a rebellious nature," the band told Saudi Gazette.

​In a landmark decision, Saudi Arabia’s King Salman signed a royal decree last month that will permit women in the country to drive.

The historic decision was celebrated by women not only in the country, but by women’s rights organizations all over the world.

Ever since the ban was lifted, women in Saudi Arabia are being encouraged to learn to drive. Some big car manufacturers have even rolled out special offers and giveaways in celebration of the decision.

Saudi Arabia to Allow Women to Drive Starting Next Summer