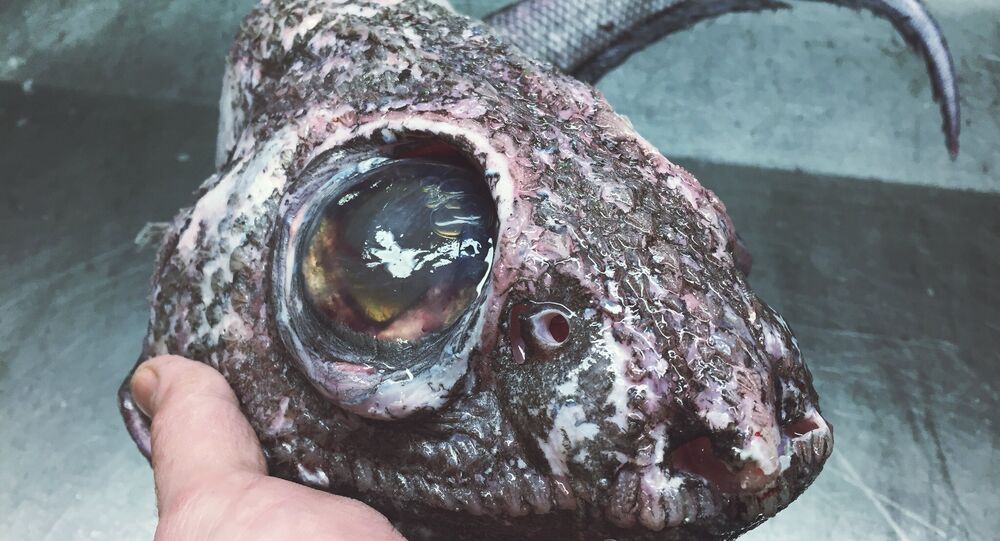 Countless alien-like creatures are lurking in the lowest layers of the ocean, and, thanks to Roman Fedortsov who works on a fishing vessel and posts mind-bending images to his social network accounts, we can get a firsthand view of the most peculiar and scary species.

Regina Konstantinova — Roman Fedortsov from Murmansk, Russia, sails the seas onboard a fishing trawler and demonstrates to his subscribers the diversity of the deep-sea world. His photo collection features hundreds of frightening fish, creepy crawlers and other sinister sea organisms of various shapes and sizes that look absolutely surreal.

Some of these weird creatures will most likely haunt your nightmares.

Many mistakenly assume Roman is a fisherman. "I am not engaged in deep-sea fishing. I work as a fish processing master on a fishing trawler," he told Sputnik. "I used to work on a ship that was fishing in the Atlantic Ocean off the coast of Africa. Now we work in the Norwegian and Barents Seas."

From time to time, such vessels involved in large-scale commercial fishing unintentionally seize a variety of interesting creatures, known as a bycatch in the fishing industry.

The young sailor started snapping pics with his iPhone 6 Plus and posting them online in 2016. "I just wanted to share the photos of interesting representatives of the underwater world with people. After all, not everyone has an opportunity to find out what is hidden in the depths," Roman explained. Now these images wow his 125,000 Twitter followers and nearly 194,000 Instagram subscribers.

"It's hard for me to say which of them are the creepiest… For me they are just interesting and unusual," Fedortsov noted. Indeed, while many won't even dare holding these monstrous creatures, Roman affectionately calls them "cuties" in the descriptions to the photos he posts.

Hello! Another beauty fish from the depths of the sea. Привет! Очередная красотка с глубин.

"As for me, the most impressive were probably a gigantic sunfish and a frilled shark," he added.

When asked what usually happens to the bycatch he and his colleagues come across, he said: "If the fish is not of commercial interest, it is released back to the sea. Unfortunately, almost all of them do not survive."

When somebody once again didn't get enough sleep. Когда кто-то опять не выспался.

Godzilla, is That You? Tokyo Zoo Has a Very Own Monstrous Reptile (PHOTO, VIDEO)