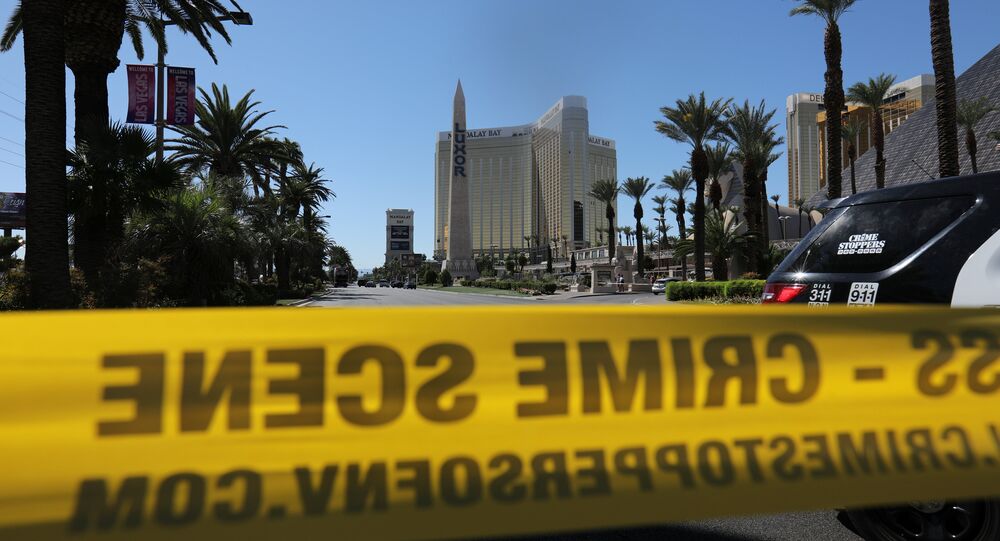 As the death toll from Sunday's Las Vegas shooting continues to climb, confusion and outrage are growing online after Facebook, Google and YouTube were caught promoting fake news stories about the shooter's supposed identity and political affiliations.

Before 64-year-old retiree Stephen Paddock was identified as the suspect who killed 59 and maimed 527 others in Las Vegas Sunday night, rumors fueled by trolling site 4Chan emerged misidentifying the shooter as a Facebook user named Geary Danley. Google, YouTube and Facebook helped to spread the rumors, particularly after 4Chan claimed that Danley was an anti-Trump liberal and registered Democrat.

Concerned users published screenshots from Google showing the search engine's 'Top stories' including 4Chan articles on the night of the shooting. The claim that Danley was the killer also spread on Facebook itself, its 'Safety Check' page, meant to filter unproven claims and non-credible sources, promoting a story claiming that the shooter had 'Trump-hating' views.

There are at least 6 4chan threads workshopping the narrative that Geary Danley and his family are dangerous leftists happening right now pic.twitter.com/AzbZ9XpIn9

​Other viral Facebook fake news posts continued the trend, some purporting that the shooter was a member of militant self-styled anti-fascist group Antifa. Another claim, suggesting that a man and woman were escorted away by security after threatening people that they would be killed just before the shooting, also went viral, appearing in at least one major tabloid.

On the other side of the political spectrum, conservatives accused leftists of spreading rumors that Paddock had right-wing affiliations, with Twitter users calling a presumed fake Stephen Paddock Twitter account a "leftist deception operation." That trolling operation, if real, proved to be far less successful than the claims that the shooter was a leftist.

Other rumors were also spread, one claiming that Paddock had converted to Islam. That claim was picked up and spread by at least one UK politician. The FBI said there was no evidence behind that claim. Others still insisted that the shooting was a 'deep state hit,' with conspiracy theorist Alex Jones and his supporters picking up on that narrative.

Soon after the shooting, video sharing site YouTube was flooded with clips suggesting that Stephen Paddock had been spotted at anti-Trump rallies, leading to complaints that it too was part of the misinformation machine surrounding the Las Vegas massacre.

Google was forced to apologize for the flawed algorithm which allowed 4Chan articles to replace relevant results in its searches. Facebook also released a statement, but stopped short of apologizing, explaining instead that the false reports' were flagged for removal, but that this process was temporarily delayed.

© REUTERS / Courtesy of Bill Hughes/Las Vegas News Bureau/File photo
Like Father Like Son: Las Vegas Killer's Family Had History of Violence, Mental Disorders
According to his brother Eric, Stephen Paddock had no known political affiliations to speak of. The 64-year-old retired accountant was an affluent, twice-divorced property owner who enjoyed flying, gambling, concerts, cruises and hunting. He made no effort to clarify his motives before his attack Sunday night.

Amid the political infighting, social media users fed up with the bickering urged their fellow countrymen to stop the partisan name-calling, adding that Paddock's actions, not his political affiliations, were what made the attack so heinous.

People on the Right & the Left anxiously await facts on #Vegas murderer #Paddock hoping they can link him to side they want to rage against.

Speaking to Radio Sputnik, social media expert Zoe Cairns said that it was inevitable that trolls will attempt to spread fake news and rumors about viral trends, because they know they can get exposure which they can monetize.

© Photo : Pixabay
Cheaper Than Bombs: Social Media ‘First Tool’ of Modern Warfare Says US Lawmaker
This is a serious problem, Cairns noted, and tech companies must do more to monitor questionable content. "They need to make [an effort] to monitor things more intensely, because these fake stories end up becoming THE news, and we're focusing more on fake news than we are the real news."

Ultimately, Cairns argued that it all comes down to education. "We need to be educating people that not everything they see online is true. And we need to be educating where we find our research, so people stop sharing fake news," thereby preventing trolls from getting the exposure they're looking for.