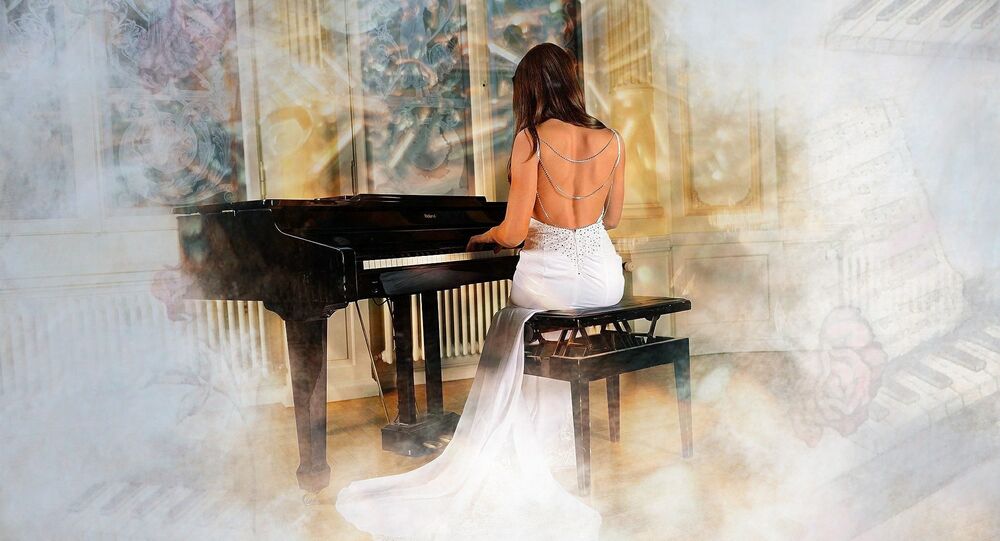 Five Swedish scientists have applied for a grant of over $1 million from the Swedish Research Council to investigate the changing status of classical music, which is becoming increasingly sexualized, they claim.

"It's not exactly new to connect classical music with sex in the movie world. But is has become more explicit now, and this trend is growing in mainstream cinema and mainstream culture," music historian Tobias Pontara from Gothenburg University, told Swedish Radio.

According to him, classical music enjoys a contradictory and difficult-to-define stance today. On the one hand, it is often perceived as untimely and having an aging audience. On the other hand, though, it is becoming increasingly popular in film and television, advertising and social media, where it gains previously unbeknown connotations.

© CC BY 3.0 / Julia Lindemalm / Emma Knyckare
Swedish Feminists Stage 'Super-Cool' Man-Free Festival; 'Non-Binary' Guests Are Welcome
Pontara argued that linking classical music with sex is becoming less controversial today than ever before, as the genre's status as noble and elevated is getting increasingly questioned.

"For example, in the movie '50 Shades of Gray' a few years ago, there is a sex scene accompanied by the music of 16th-century composer Thomas Tallis, which was hardly possible earlier," Tobias Pontara said.

Other notable examples of the changing status of classical music include the American comedy-drama TV series "Mozart in the Jungle" with Gael Garcia Bernal as the lead role portraying an eccentric conductor of the New York Philharmonic. Also, ever-controversial Danish film director Lars von Trier utilized an aria from Händel's opera "Rinaldo" as the musical theme in both the "Antichrist" and "Nymphomania," both of which are laden with sexual scenes.

Pontara contended that musicians themselves are relying on sensual imagery as a conscious strategy.

"Take, for instance, concert pianist Yuja Yang, violinist Janine Jansen or opera singer Anna Netrebko. It's how their discs look and how they are being marketed by record companies. They are very lightly dressed, and it's challenging artwork," Pontara said.

First time in @salzburgerfestspiele. Watch the concert on @medici.tv

To investigate the changing status of classical music, which in addition to eroticization also includes commercialization and politicization, Pontara's team has applied for an 11 million SEK grant ($1.3 million) from the Swedish Research Council.

By his own admission, Pontara is not interested in the debate on whether classical music is being "pushed away" from its pedestal and made more democratized, but rather aims to investigate its image and how polarizing ideas can exist about it at the same time.

"We want to try and capture a more complete picture of how classical music is produced, and this has not been accomplished before," Pontara said.