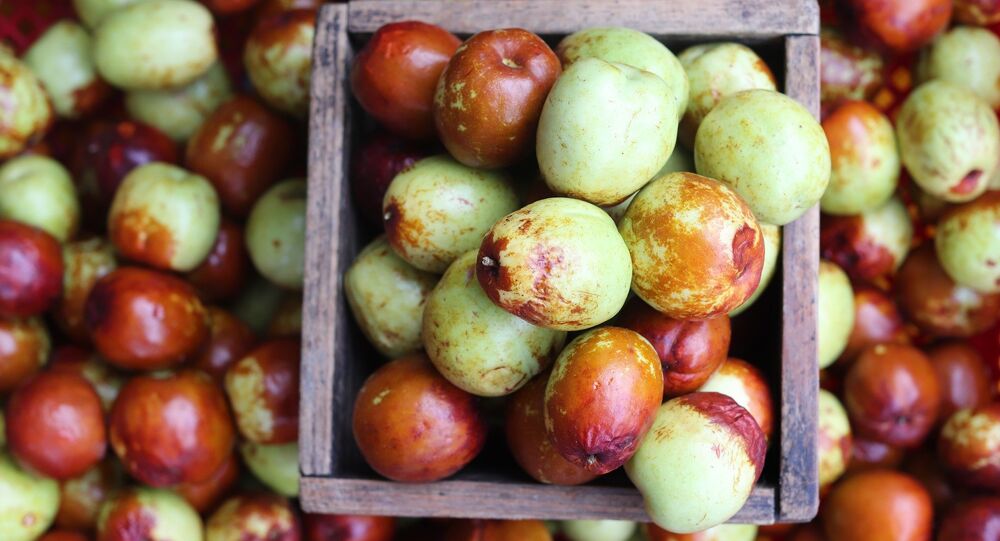 "Like chewing on a pregnant flying cockroach that had just eaten a stinkbug," is how one internet user described the viral recipe which has swept the Chinese internet.

Chinese food connoisseurs claim to have hit upon the most disgusting recipe ever, which, surprisingly enough, is a mixture of fruits.

It was first published online on September 22, when a Chinese internet user posted a screenshot of an exchange in which she detailed the horrifying experience of eating banana and jujube, a small red fruit native to China.

She said the concoction made her feel dizzy, and that after eating it she fell to her knees "as if something rotten was in my mouth."

© AP Photo / Andy Wong
101-Year-Old Indian Athlete Denied Visa by China
The post didn't put readers off; on the contrary, they flocked to try the mixture and reposted it over 41,000 times, the China People's Daily reported.

According to some of China's intrepid online food critics, those who wish to savor the most potent variant should mix two-parts cooked banana with one-part raw jujube.

"I tried banana and jujube. It was like chewing on a pregnant flying cockroach that had just eaten a stinkbug," another person wrote.

While Chinese cuisine is internationally renowned and exported around the world, foreigners in China are often surprised at the sheer range of dishes which are served there. In 2014, a survey of expats in China voted duck feet, fried grubs and scorpions on a stick as some of the least appetizing Chinese delicacies they had tried.

Hedgehog Incident: China's Hotel Guest 'Pricked by Something Hiding in a Pillow'