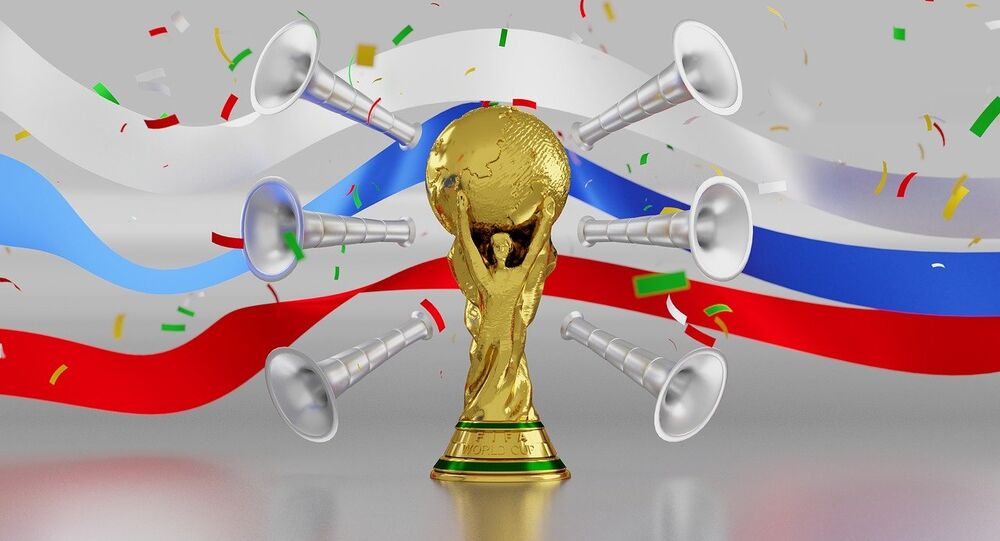 Sputnik spoke to a sports teacher from the UK who has set up a British football school in Russia to train young children. In the light of the World Cup tournament in Russia, professional coach Richard Peers shared his insight into the big game.

Together with his colleague, Mr. Peers opened the school three years ago and is training young kids in Moscow. The school coaches also work with the local orphanage to give extra opportunities to students.

"We have training for kids 3-14 years old and a team of young adults from the local orphanage — 15-16 years old. We've got kids from a number of nationalities that train together. One of our teams has actually won the Moscow children's league a couple of weeks ago. They've done well," Mr. Peers told Sputnik.

Before he arrived to Russia, Mr. Peers held a position at Manchester City FC. He decided to go to the World Cup as soon as Russia was awarded the rights to host the tournament.

"I am going to five cities and maybe more, depending on how England progress. I had hoped to attend more cities. However the high price of accommodation in each of these cities and travel cost meant I had to be more realistic. I have some friends in each of the cities I will visit who I will stay with and also cheer the teams with. The cities are Moscow, Volgograd, Sochi, Samara and St. Petersburg. I have tickets to two matches — England v Tunisia and Australia v Peru."

Mr. Peers believes that after "what happened in the European championship" when Iceland beat England in 2016, "if England get to the quarter finals, it will be a relative success."

"My big wish is that if we finish top of the group, we play against Poland I believe, which will be a tough game. We then may play against Germany in the quarter finals," football coach Richard Peers told Sputnik.

He also predicted the midfielder Dele Alli, who plays for the Tottenham Hotspur FC in England, "will come alive" during the World Cup.

"Harry Kane is the main name, but Dele Alli will show the world what he is about."

If England are knocked out, Mr. Peers will cheer for Belgium, who share Group G with England, Panama and Tunisia.

Mr. Peers believes the World Cup will present the host nation to the world in a 'true' way.

"The tournament will showcase a wider Russia not often shown in the global media. I believe most fans will leave with a very positive experience — especially some of the local food including soups, salads and breaded snacks. My advice to any travelling fan — be smart and respectful. You may feel like you are in a European country, however Russia and the Russian people have many cultural differences that fans may not be aware of. Make the most of the atmosphere but always remain vigilant and sincere that your words or behavior may not be the norm to the local people of the cities you may visit. But also be open to embracing new friends and experiences — the Russian people are very open and hospitable when you get to know them."

The World Cup kicks off on Thursday, June 14 with the opening match of Russia v Saudi Arabia.

Game Fever From London to Moscow: Don't Be Jealous of This England Fan (VIDEO)