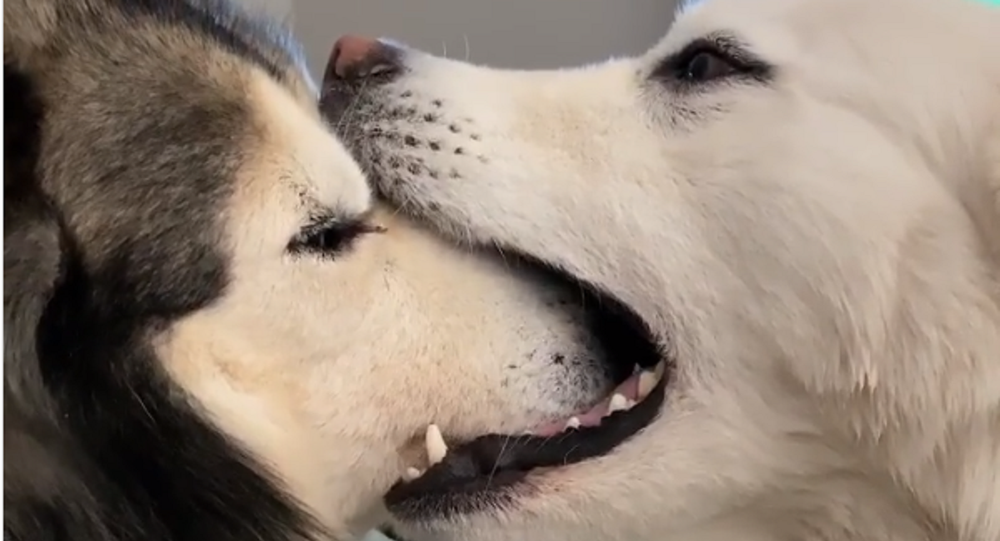 A Husky's Guide to Ending an Unwanted Conversation

All of us have at some point found ourselves in a situation where we just wanted the other person to stop talking. In the goofy world of huskies, this is hardly a problem, as they have a perfect method for how to almost literally "shut someone up".

Siberian huskies are not only known as a sled dog breed with a wolf-like appearance, but they are also notorious for their at times weird and dramatic, but nonetheless charming, character.

This shows when they interact with each other, as in this video uploaded on Instagram, where one of the doggos simply "swallowed" the other canine's snout so as to keep its buddy silent.

The other husky was not really delighted by the situation, but attempted to break free and "trap" its sibling with its own mouth instead.

In any case, hopefully the two reconciled their differences in the long-run.