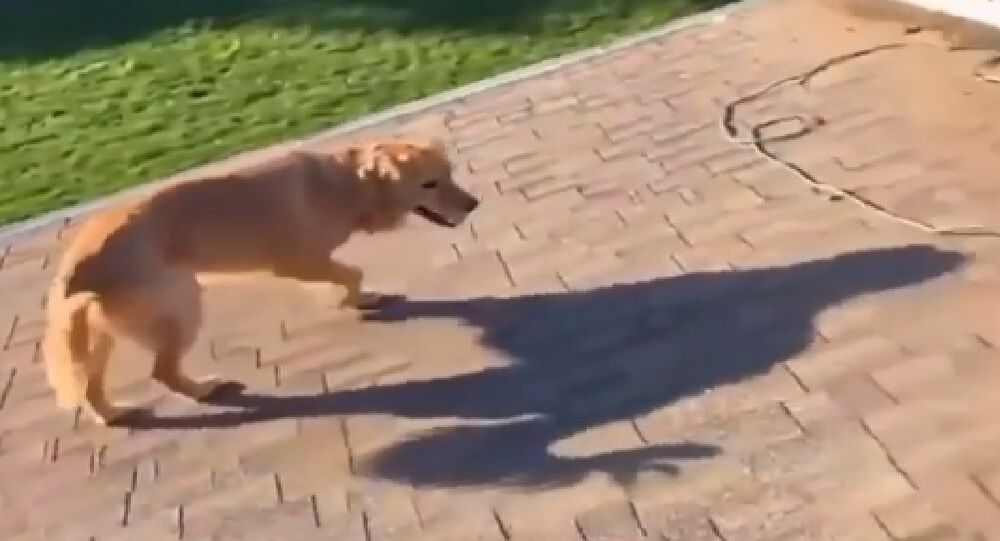 Who doesn’t love the company of a friend, especially when you're stuck on a roof, and can't find your way down?

As Yazz reminds us in her song, "The only way is up, baby," and in a hilarious video, a golden retriever seems to have taken this as an instruction. The doggy is seen atop a slated sloping roof looking rather lost. A ladder leaning against the roof is probably the only way down. As the dog on the roof looks around, as though searching for help, his two buddies are seen at the foot of the ladder.

After a brief pause, no doubt spent weighing up the pros and cons of the situation, one of the dogs at the foot of the ladder does the unbelievable! He sedately takes to the ladder and climbs up its rungs, expertly putting one paw in front of the other to mount the ladder and reach the roof.

It may not be Fiddler on the Roof but the joy the second dog's appearance gives to his friend that is stuck aloft, is then seen in shadows on the buildings’ wall as he bounds to meet and greet him.