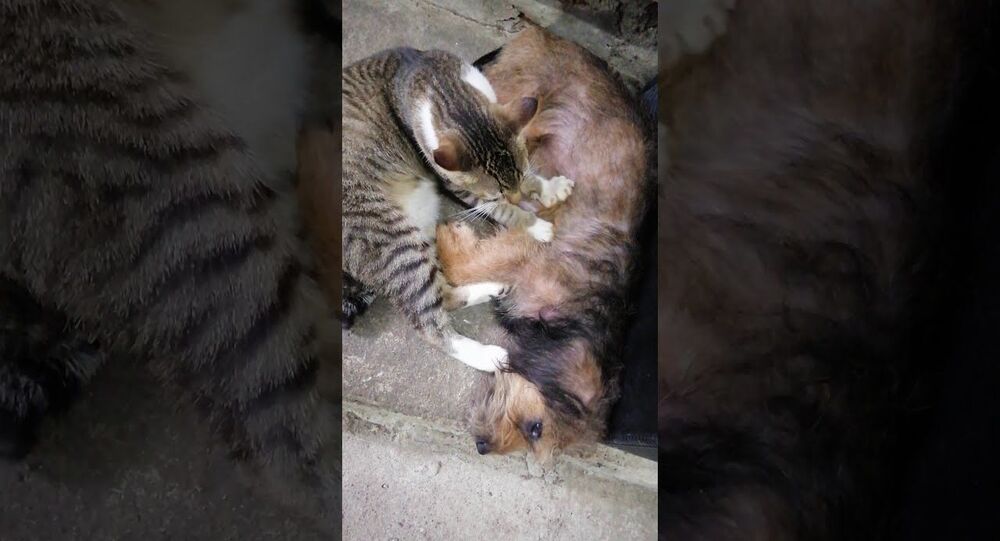 Sometimes enemies, sometimes besties. The bond between cats and dogs is a strange one, as this video shows. Try not to smile!

In a video clip posted on the “ViralHog” YouTube channel, a cat named Seven can be seen pampering mama dog Candy by massaging her stomach.

“Seven always plays and sleeps with his best friend – our dog Candy. Now that Candy gave birth, after a few weeks, I noticed that she's not feeling well and Seven came to her and gave her a massage. We noticed that almost every day after Candy breastfeeds her puppies, Seven will give her a massage and after that, they will sleep together (sic),” reads the caption.

Their bond is causing quite a stir online.

One YouTube user commented “Making biscuits on the dog!" as it looks like Seven is practising kneading dough.