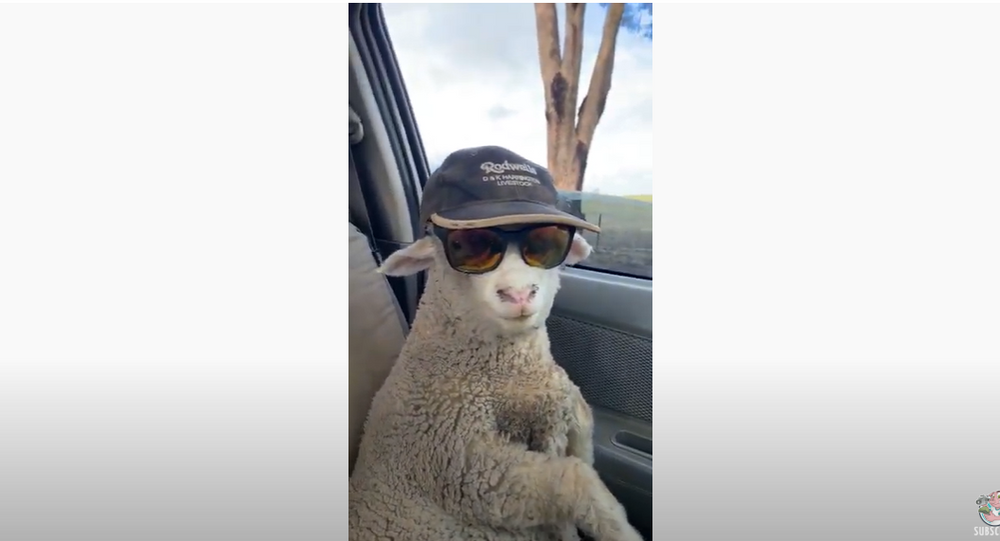 There is always that one slow walker in the group who tends to get left behind. The same goes for animals, as a cute farm creature recently demonstrated.

Footage shared on YouTube captures a fluffy lamb in Joel Joel, Victoria, Australia, hitching a ride, as he is too slow to keep up with the rest of his herd. The adorable farm animal sure looks mighty cute while donning some cool shades and a hat and riding shotgun in the car.

"Me and my father were moving a mob of sheep and the lamb was walking a bit slow, so I picked him up and put him in the front with me. This was on Saturday just gone. This took place at my father's farm,” the animal’s “driver” wrote to the video licensor. He added the lamb was a “fair bit behind the mob, so for safety reasons (traffic), I picked him up so I could be near the mob. Once I got the mob to the paddock I let him go in the paddock."

Grown-Up Husky Tries to Bathe in Sink Like Puppy