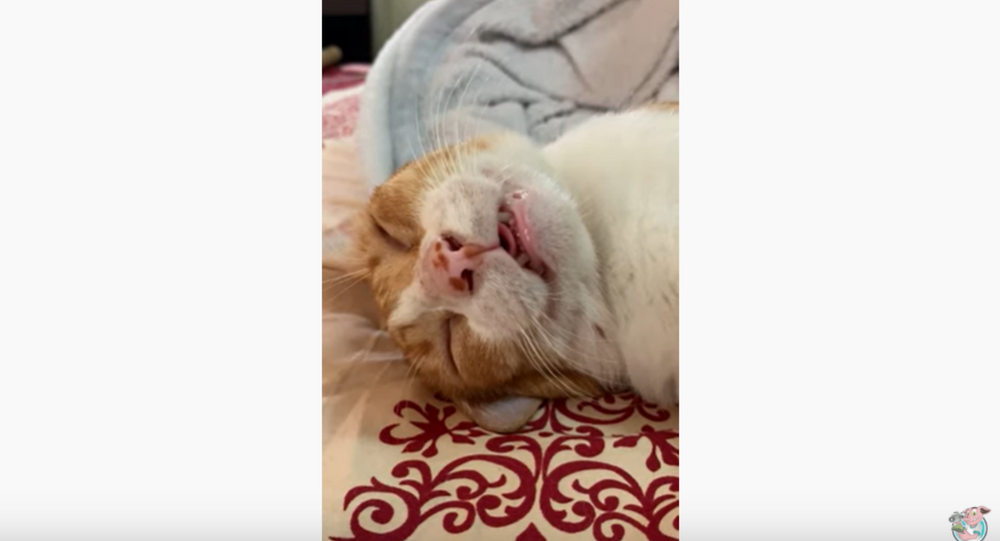 The Fangover: Cat Conked Out After Long Night

You know the sort of sleep you get when you are absolutely dead tired? This week, a feline found himself nearly comatose after a long night out.

Footage shared by Viral Hog on YouTube captures Clark, a red and white kitty, sleeping on his back with mouth wide open. Despite his human deciding to have some fun and mess around by touching his face, Clark remains unconscious and deep within his much-needed slumber.

Looks like more than just a mere cat nap!

Clark’s owner told the outlet the little guy “was out of our house the whole night and saw him sleeping so deep like this in the morning that we decided to make fun of him while sleeping.”

Hopefully, this party animal gets his much-needed rest!

This Toy’s the Best! Cat Plays With German Shepherd

My Spot! Cat Loves its Hammock