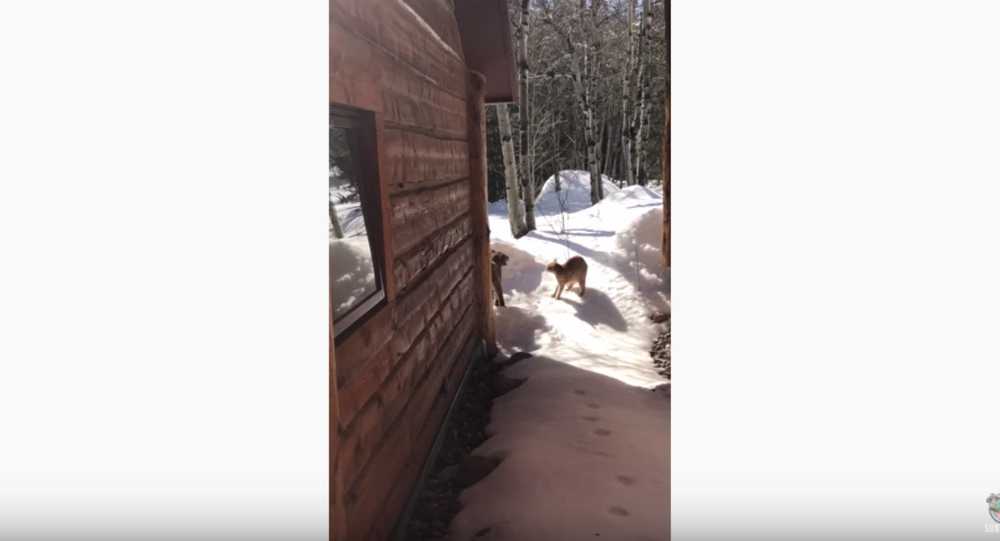 Sometimes, people muster up the courage to take on a bully. Apparently, the same is true in the animal kingdom, as a kitten demonstrated this week in Red Lodge, Montana, when it decided to take on a wildcat.

On Monday, a resident of Big Sky Country captured the shocking moment that her 10-month-old kitten, Ari, wound up in a standoff with a bobcat. Footage captured by the owner initially shows the two felines somewhat circling each other on a snow-covered path on the side of the guest house, before the bobcat runs off.

In a statement given to video licensor ViralHog, the owner said that Ari “was not scared off at all and stood her ground. I didn't want to scare my cat because if she ran the bobcat would have chased her, so I made soft sounds to get it to leave. My cat then took off after it again!"

What an incredibly fearless kitty!