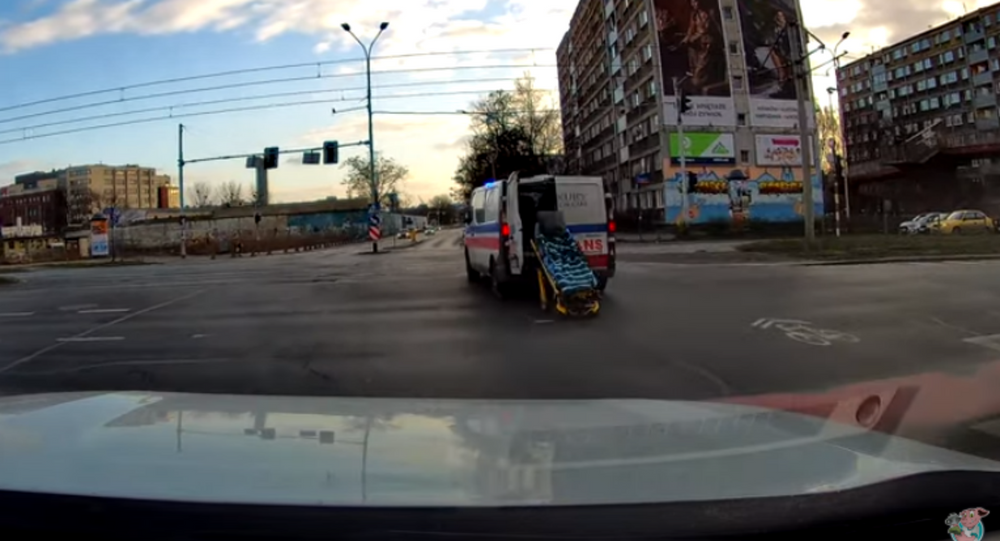 Have you ever been in such a hurry that you forgot to do something simple, like closing the door on your way out? On Friday, an ambulance crew in Europe did just that - on their own vehicle.

Video posted by Viral Hog on YouTube shows a driver’s dashcam footage at an intersection in the city of Wroclaw, Dolnośląskie, Poland. While stopped at the intersection lights, the car’s dashcam records an ambulance passing through. All of a sudden, the vehicle’s back doors open and a gurney pops out, directly onto the street. The pillow lying on top swiftly flies into the air. Fortunately, nobody was lying on the stretcher at that time.

In a statement given to the outlet, the motorist wrote, "So I was driving in Wroclaw and then I heard an ambulance approaching from the back. I pulled over to the left and then as they were passing over my car I saw open back doors through which the bed slide out. I do use my dashcam to record all my driving just in case of an accident”.