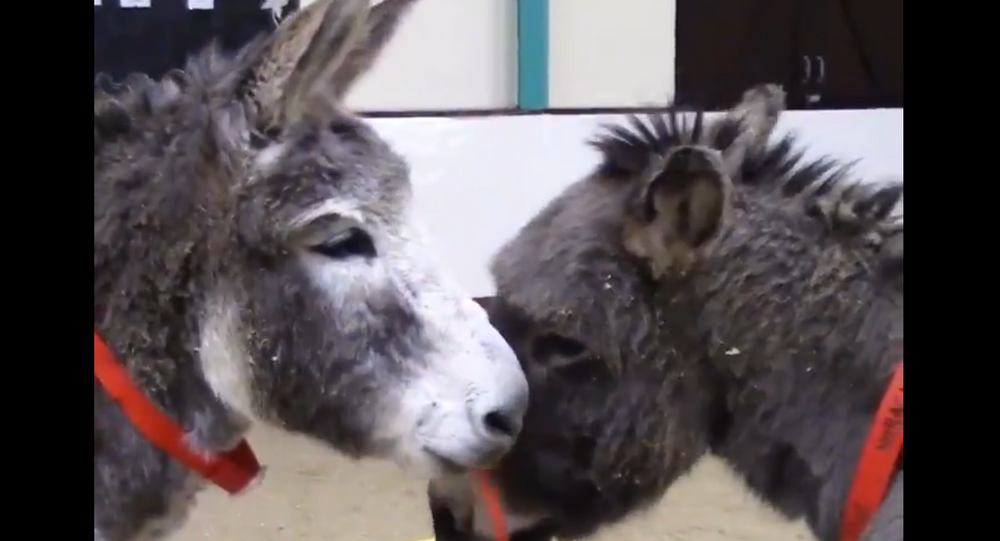 The two animals reside at the Donkey Sanctuary located in the town of Sidmouth, in Devon, South West England. The organisation is an international charity that, as stated in the description on the official website, "has made a profound difference to the lives of donkeys and people all over the world".

Two cute donkeys named Flapjack and Horacio know that the secret to a close friendship is sharing and caring, as can be seen in a video posted by the Donkey Sanctuary, a UK-based international animal welfare organisation.

The two foals are seen during an amusing game - exchanging and sharing colourful hoops and other objects, such as a boot, for instance, lying on the ground. The two are not fighting over their toys, but rather trying to have fun together.

Everyone needs a friendship like Flapjack and Horacio's... 💕 pic.twitter.com/FP9w4maKq0

​"I’m in the wrong life. I want to be where they are, they’re gorgeous!!!!!", wrote one user in the comments section under the video.

"I just love those two! They are just adorable. Honestly, I never knew they were so playful! It is exciting to watch them. Thank you for sharing!", another commenter said.