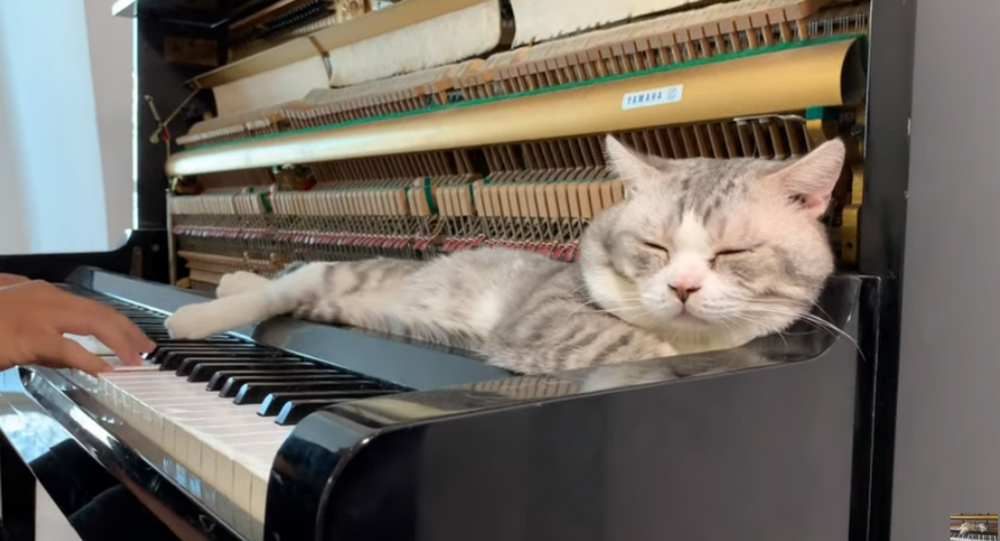 Haburu, a carefree white and gray cat, loves being serenaded by beautiful classical piano music. The tune-loving feline loves it so much that he prefers to lie right on top of the instrument while his professional piano player owner performs.

Footage posted on the duo’s YouTube page captures the melodious cat laying down as his owner plays a cover of Francis Lai’s “13 Days in France,” used in the soundtrack for the TV series “Winter Sonata.” Although Haburu is lying right on the piano with one of his paws hanging over the keys, he seems to be without a care in the world.

The nonchalant cat has been enjoying laying atop the piano as his maestro plays, oftentimes adorably in the way, for many months now. On their Facebook fan page, his owner writes “My cat’s name is Haburu and he is extremely LAZY. He also loves piano massages.”

Now that seems like a truly unwinding musical experience!

What's Inside? A Curious Cat Examines a Box

What Do You Think We Are, a Whack-A-Mole? Lizards Unhappy With Cat’s Frivolous Behaviour

My Time to Shine: Cute Cat Shows Off Vocal Skills on Mic