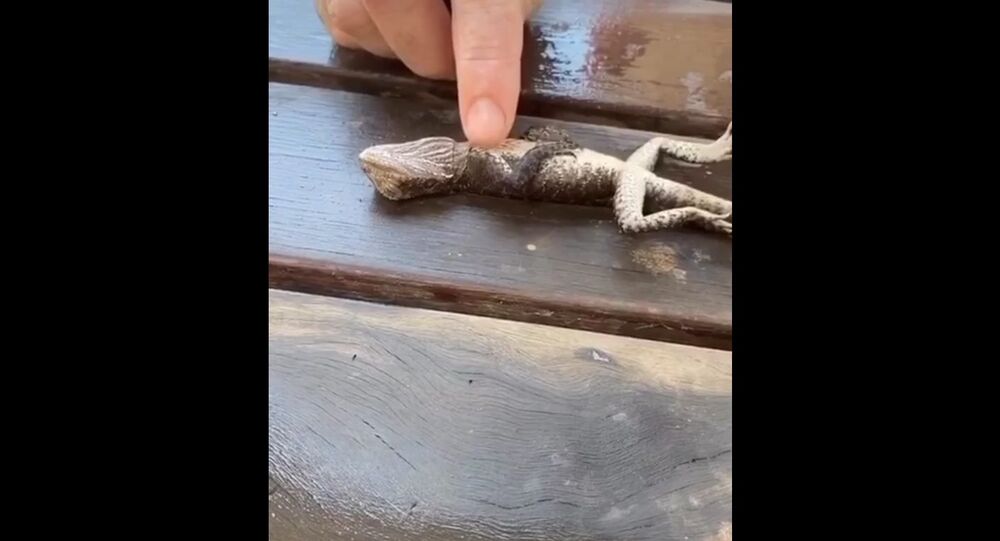 The reptile was aptly named Lucky after it was found unconscious by children in a skimmer box of a swimming pool in New South Wales, Australia.

A lizard has been brought back to life by an off-duty firefighter in Australia, after it almost drowned in a swimming pool.

The firefighter from Fire and Rescue NSW Station 037 shared footage of giving the reptile a cardiac pulmonary resuscitation with the help of his finger.

At first, the poor creature remained immobile and unresponsive to the man's action. However, moments later its paws began moving and the lizard began breathing.

Half an hour later, 'Lucky' was back on its feet fully recovered, running about its lizard business.