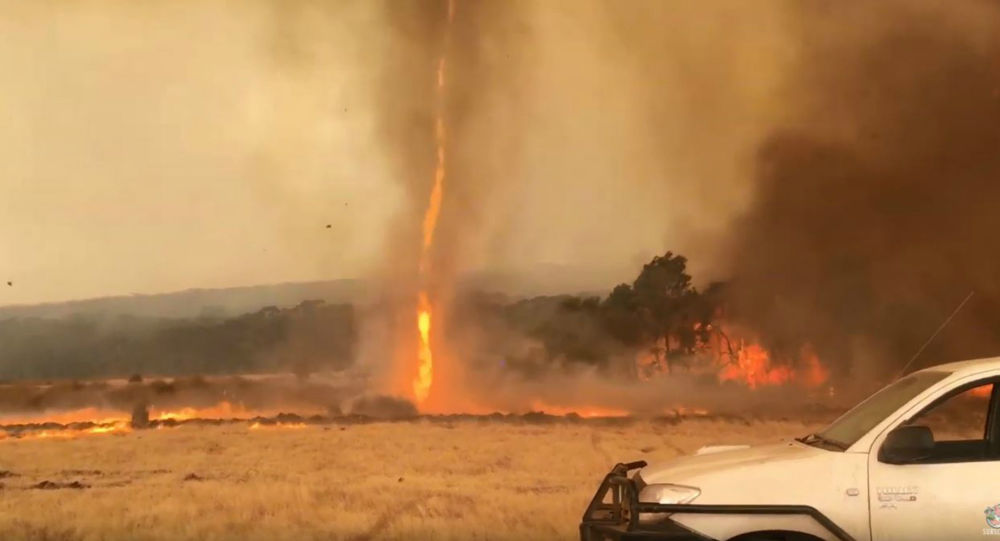 With the worst wildfires seen in decades, massive portions of Australia have been destroyed since its fire season began in September 2019 and continued to rage into 2020.

After 27 human lives lost and over a billion animals feared dead throughout the country, the disaster has not seen much improvement. In an even more disturbing development in the crisis, blazing twisters and tornadoes have been spotted as the devastating flames continue to engulf the land.

Video footage posted by Viral Hog captures an apocalyptic-looking scene on Kangaroo Island as it smolders. A minute into the footage, a shockingly bright fire twister suddenly forms and violently scorches the land. Seconds later, another smoldering tornado appears and continues the destruction.

Halfway through the video, numerous kangaroos are seen running for their lives into the open field, away from the bushfire inferno. The scene is heartbreaking, as countless animals have already perished.

Powerful winds have exacerbated the spread of fiery devastation and have seriously hampered rescue efforts of firefighters, with gusts of 80 mph being reported.