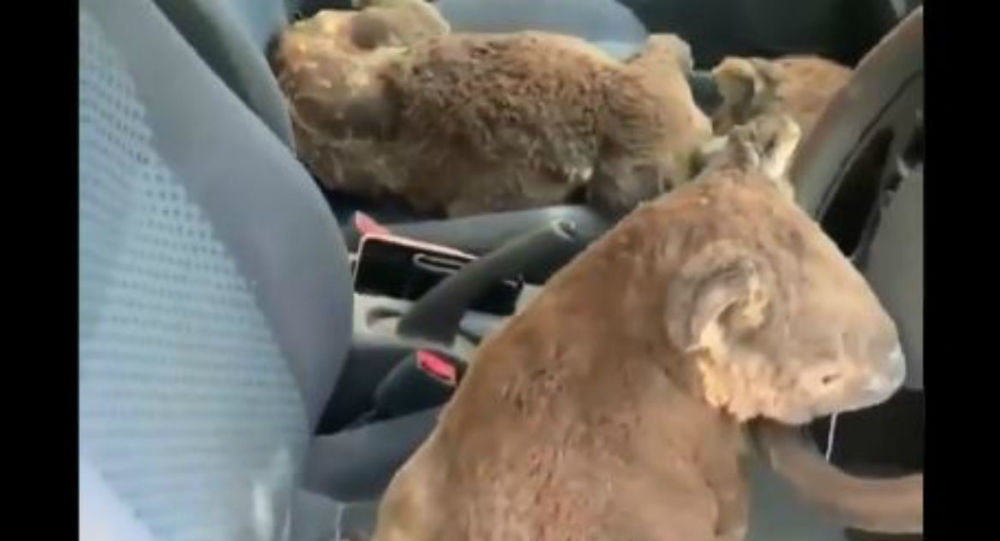 The utterly devastating wildfires in Australia have continued to scorch the continent, with over a billion animals, including whole species, already feared dead.

As the unrelenting flames proceed to ravage the biodiverse forests, a number of heroes have emerged, showing extreme compassion to the remaining animals facing peril.

A video shared on Twitter shows multiple koalas sitting in a benevolent man’s car as flames encroach upon their territory. The animals appear somewhat traumatized, looking as though they have been through a hard time. One can only imagine.

In case you didn't know, Australian people are going into the forests ahead of the fires to save the koalas. #Heros ❤

​Despite the koalas being wild animals, they seem quite vulnerable and relieved to have been brought into a safe space. The docile group is spread throughout the inside of the vehicle, with a mother koala and her baby sitting in the very back.

The sympathetic man recording the video, who is audibly out of breath as a result of his rescue efforts, states on camera that he is attempting to collect as many of the animals as he can.

Compassion goes a long way, as animals suffer just as humans do.